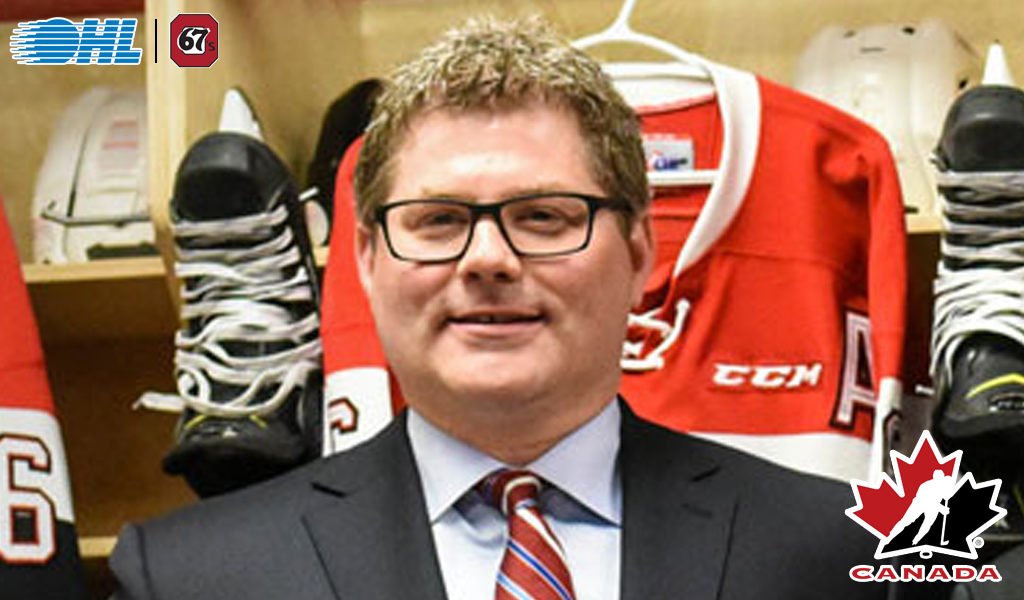 CALGARY, Alta. – Preparations for the 2021-22 season are underway, and Hockey Canada will be working with three accomplished Canadian Hockey League (CHL) executives as part of its Program of Excellence (POE) management group.

Philippe Boucher (Saint-Apollinaire, Que./Drummondville, QMJHL) and Peter Anholt (Naicam, Sask./Lethbridge, WHL) will make their debuts as members of the POE management group, guiding the under-17 and under-18 programs, respectively. James Boyd (Midland, Ont./Ottawa, OHL) will return to the program after an abbreviated 2020-21 season, and will advise the under-20 program and Canada’s National Junior Team.

The management group will work alongside Scott Salmond (Creston, B.C.), senior vice-president of national teams, and Alan Millar (Tottenham, Ont.), director of player personnel, as well as Hockey Operations staff. Day-to-day operations for the POE management group include assisting in coach and player selections, supporting the coaching staffs and providing input during camps and tournaments throughout the season.

“We are excited to welcome Philippe and Peter to the Program of Excellence to lead our U17 and U18 programs, and to welcome James back to the program at the U20 level,” said Salmond. “All three men have had incredible success in the Canadian Hockey League and bring their expertise in helping build successful junior hockey teams. We know their leadership and contributions will be beneficial to athletes and staff throughout the upcoming season as we continue to develop and excel throughout all levels of the program.”

Boyd will oversee the under-20 program for the first time after being selected to lead the under-17 program in 2020-21. He previously served as director of operations for Team Canada White at the 2019 World Under-17 Hockey Challenge, was an assistant coach at the 2004 IIHF U18 World Championship and was the head coach of Team Ontario at the 2005 World Under-17 Hockey Challenge. Boyd has been the general manager of the Ottawa 67’s of the Ontario Hockey League (OHL) since 2017, winning the inaugural Jim Gregory Trophy as OHL general manager of the year in 2020. He also led Ottawa to the OHL final in 2019 after winning the Hamilton Spectator Trophy as the league’s best regular-season team. Boyd spent time with the Belleville Bulls (1999-2004), Toronto/Mississauga St. Michael’s Majors (2004-12) and Mississauga Steelheads (2012-17) of the OHL, helping lead the Majors to a runner-up finish at the 2011 Memorial Cup.

Anholt took over as head coach and general manager of the Lethbridge Hurricanes of the Western Hockey League (WHL) in 2014-15 after beginning the season as the assistant general manager. For the past six seasons he has served as general manager of the Hurricanes, winning the WHL Executive of the Year award in 2016 and 2020. Prior to joining Lethbridge, Anholt was a scout for the Seattle Thunderbirds (2012-14) and Red Deer Rebels (2007-09), and was also an assistant coach with Red Deer for two seasons (1998-2000). He began his coaching career in the WHL as an assistant coach with the Prince Albert Raiders (1986-88) before being promoted to head coach and director of hockey operations for the 1988-89 season. Anholt has also served as head coach with Seattle (1989-95) and the Kelowna Rockets (1996-98), and returned to the Prince Albert bench as head coach for five seasons (2002-07). As a player, he captained the Prince Albert Raiders of the Saskatchewan Junior Hockey League (SJHL) to a Centennial Cup title as national Junior A champions in 1981.