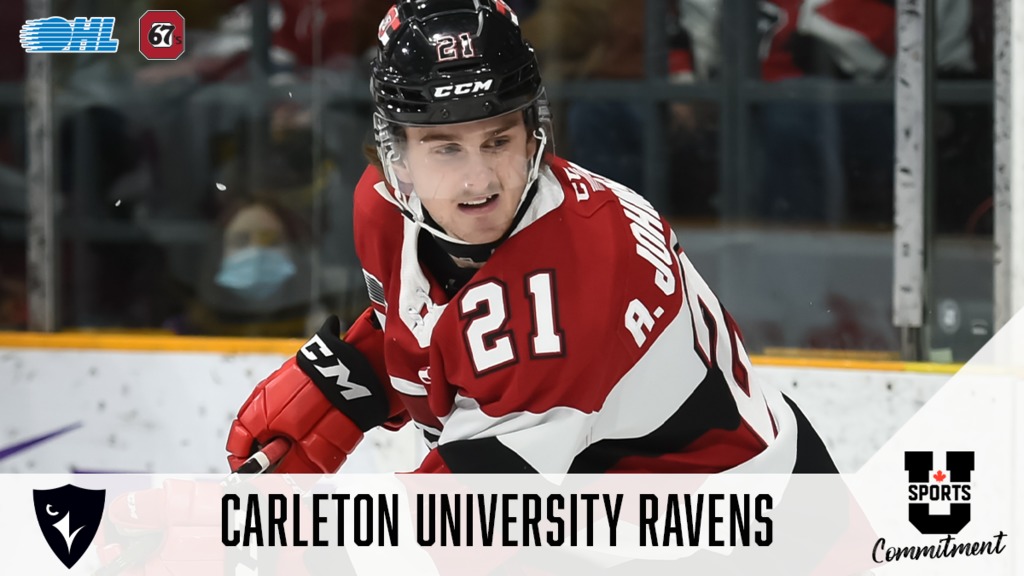 Ottawa, Ont. – The Carleton Ravens men’s hockey program has announced that Ottawa 67’s overage forward Alex Johnston has committed for the 2022-23 season. Growing up in the Ottawa region, the 6-foot, 175lb. centre played his minor hockey career in the Ottawa Valley Titans organization.

Prior to joining the 67’s, Johnston was a 6th-round pick of the Soo Greyhounds. Johnston played one season with the CCHL’s Kanata Lasers before joining the Hounds. In his final OHL season, Johnston recorded nine goals and 13 assists in 42 games (9-13-22).

“I chose to attend Carleton because I felt it was the best place for me to grow as a human, athlete and student”, said Johnston.

The Stittsville product plans to study Criminology as a member of the Ravens come fall.