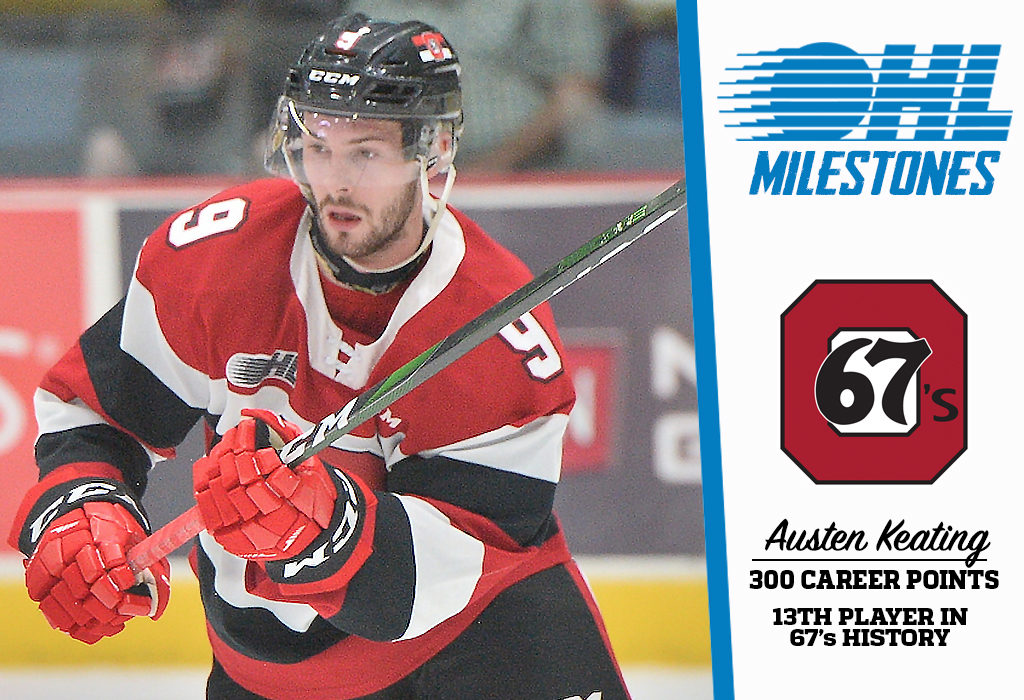 Ottawa 67’s forward Austen Keating recorded the 300th point of his OHL career on Sunday, becoming the 13th player in franchise history to do so.

Keating had a goal and an assist to help the 67’s become the League’s first team to clinch a playoff spot, winning their ninth straight game in a 5-2 decision over visiting Sault Ste. Marie.

A former first round (16th overall) pick of the 67’s back in the 2015 OHL Priority Selection, Keating has been a steady producer for the Barber Poles, racking up 104 goals, 196 assists and 300 points over 293 career regular season contests to go with a plus/minus rating of plus-100. The Guelph, Ont. product helped Ottawa win an Eastern Conference title last spring, recording 14 points (2-12–14) over 18 playoff contests.

The fifth-year overage forward hasn’t been drafted by an OHL club, but did attend rookie camp with the St. Louis Blues in September.

Keating becomes the first 67’s player to join the franchise’s 300-point club since Tyler Toffoli last did so in 2012.

Congrats on this huge accomplishment.👏🏻👏🏻 pic.twitter.com/a9SIGlhv0u