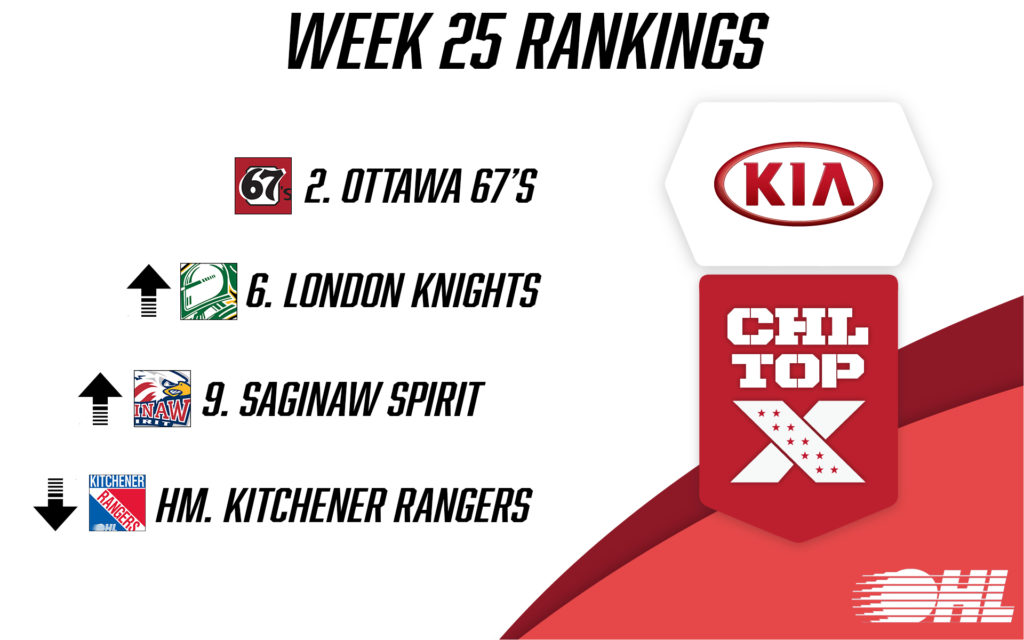 Toronto, ON – The Canadian Hockey League today announced the week 25 edition of the Kia CHL Top-10 Rankings for the 2019-20 season.  The weekly rankings of the CHL’s Top-10 teams are selected by a panel of National Hockey League scouts.

Riding a seven-game winning streak fresh off securing their second straight 50-win season, the Ottawa 67’s remain the second-ranked team in the Canadian Hockey League. Ottawa boasts CHL scoring leader Marco Rossi who leads the way with 120 points (39-81–120) over 56 games. Blueliner Noel Hoefenmayer continues to lead OHL defencemen in scoring with 82 points (26-56–82) over 58 outings. Draft eligible winger Jack Quinn has 52 goals to his credit, and the 67’s are closing in on their second straight Hamilton Spectator Trophy as the OHL’s first place team during the regular season.

The London Knights are on the rise to sixth on the list, continuing to ride a seven-game winning streak of their own. The 45-15-1-1 Knights have a 100-point scorer in Washington Capitals first round pick Connor McMichael (47-55–102) has they’ve shot up the Western Conference standings and hold down the top spot. Rookie netminder Brett Brochu recently became the winningest first-year 17-year-old rookie in OHL history with 32 victories to his credit.

Trailing London at ninth on the list are the Saginaw Spirit who have also won seven in a row. Saginaw sits five points back of London in the Western Conference standings as Cole Perfetti leads the club with 111 points (37-74–111). Minnesota Wild prospect and captain Damien Giroux has 44 goals, three shy of a club record, and New York Islanders prospect Bode Wilde has given the team a shot in the arm with 11 points (4-7–11) through his first 11 contests of the season.

The Kitchener Rangers receive an honourable mention. They own a 39-16-5-2 record, seven points back of London in the Midwest Division. 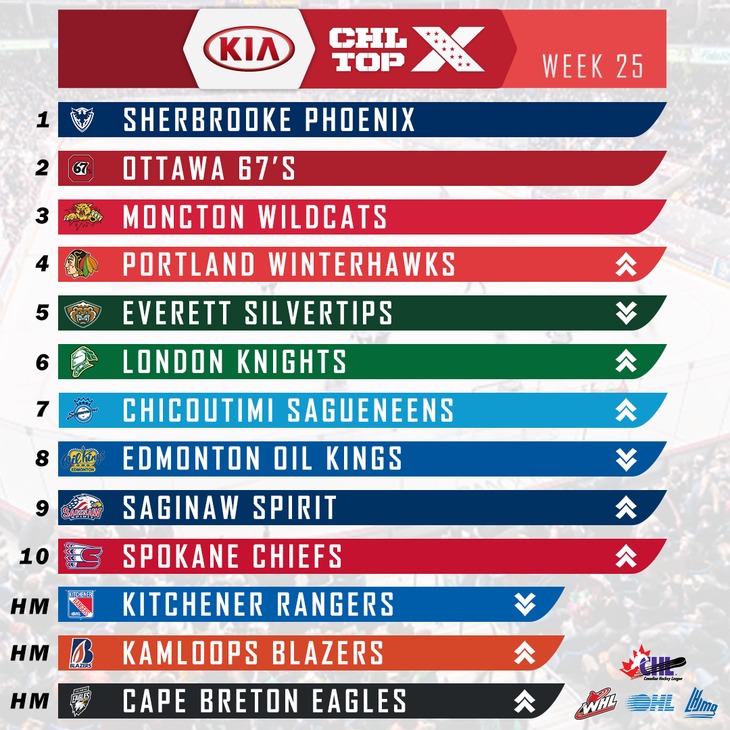