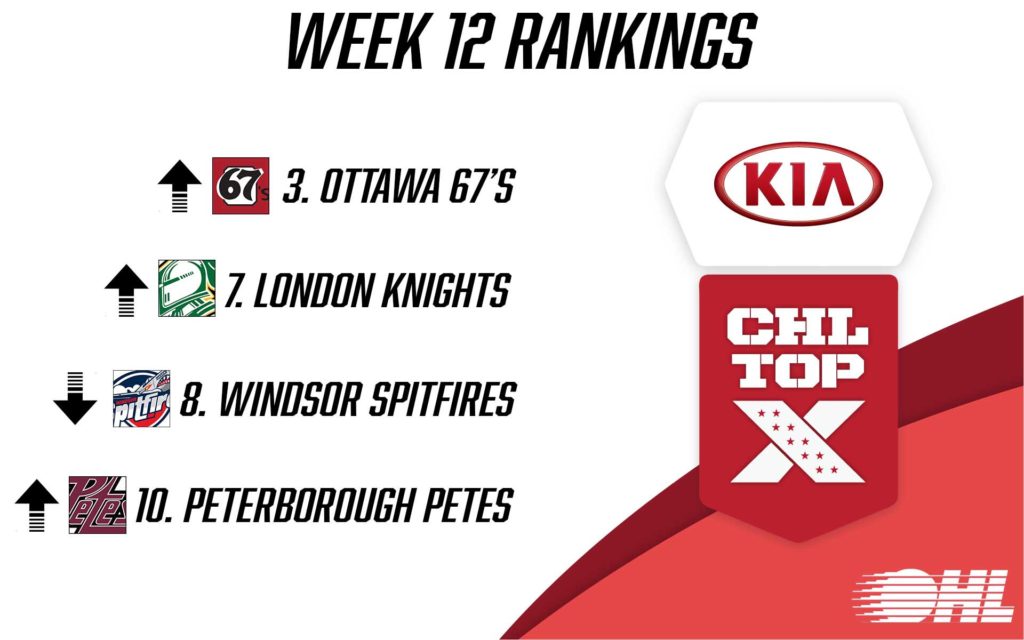 Toronto, ON – The Canadian Hockey League today announced the week 12 edition of the Kia CHL Top-10 Rankings for the 2019-20 season.  The weekly rankings of the CHL’s Top-10 teams are selected by a panel of National Hockey League scouts.

Things got shaken up in the latest edition of the rankings as the Ottawa 67’s surged from seventh to third on the list following a perfect 3-0 week, defeating Kingston, Oshawa and North Bay. The big line of Marco Rossi, Austen Keating and Joseph Garreffa combined for 30 points in the three wins while overage defenceman Noel Hoefenmayer continues to lead OHL rearguards with 35 points (10-25–35). The defending Eastern Conference champions have surrendered the league’s second-lowest total of 75 goals and are in the midst of a seven-game winning streak.

The London Knights up from an honourable mention and into seventh on the list this week thanks to an ongoing seven-game winning streak. The Knights doubled-up the Windsor Spitfires 6-3 at home on Friday before hitting the road to defeat Flint and Sault Ste. Marie on back-to-back nights. Washington Capitals prospect Connor McMichael is in the midst of a 17-game point streak and leads the OHL with 56 points (25-31–56) over 24 games. The Knights own the OHL’s top power play (32.6%) and second-best penalty kill (85.3%).

The Windsor Spitfires were third in the country last week but have dropped to eighth after dropping decisions to London and Niagara last weekend. The 15-5-3-0 Spitfires still hold down the top spot in the West Division and head into a weekend with games against Kitchener and Saginaw.

The Peterborough Petes are back into the Top 10 after spending last week as an honourable mention. The Petes have won five straight including last weekend’s triumphs over North Bay, Hamilton and Erie. Toronto Maple Leafs prospect Semyon Der-Arguchintsev leads the Leafs offensively with 35 points (4-31–35) while Minnesota Wild draftee Hunter Jones has been among the league’s most consistent netminders, going 17-3-1-0 with a 2.63 goals-against average and .914 save percentage. The Petes will be put to the test at home on Thursday when the London Knights visit the PMC. 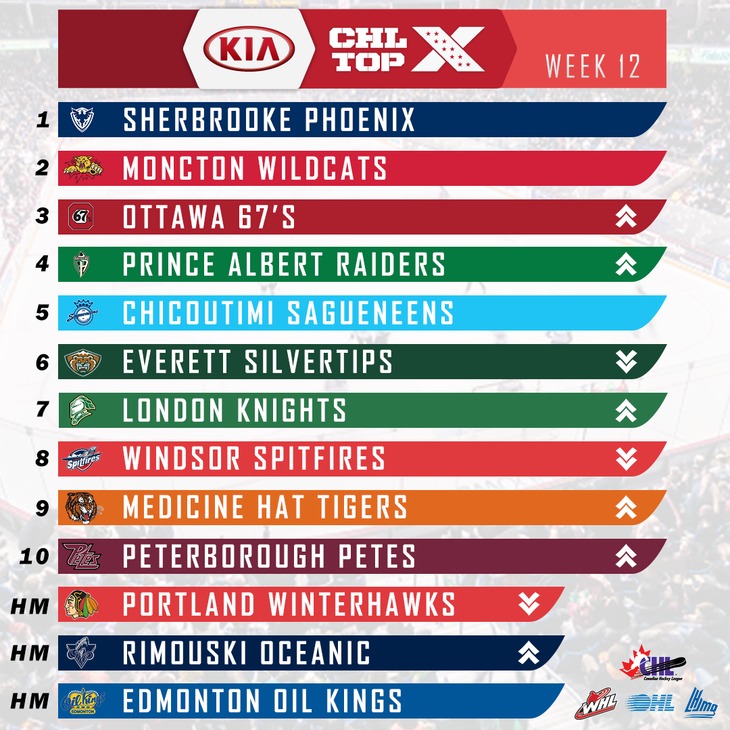 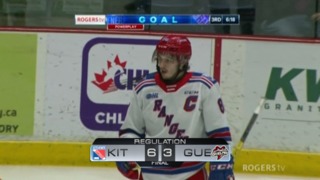 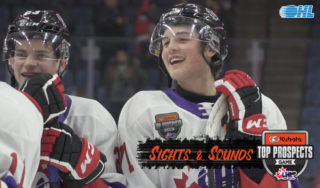 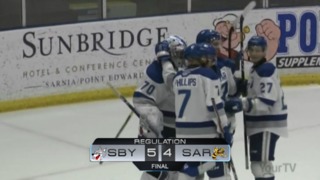 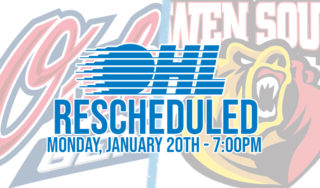 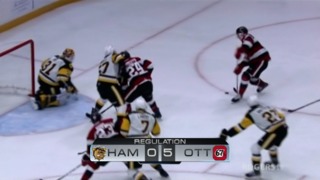