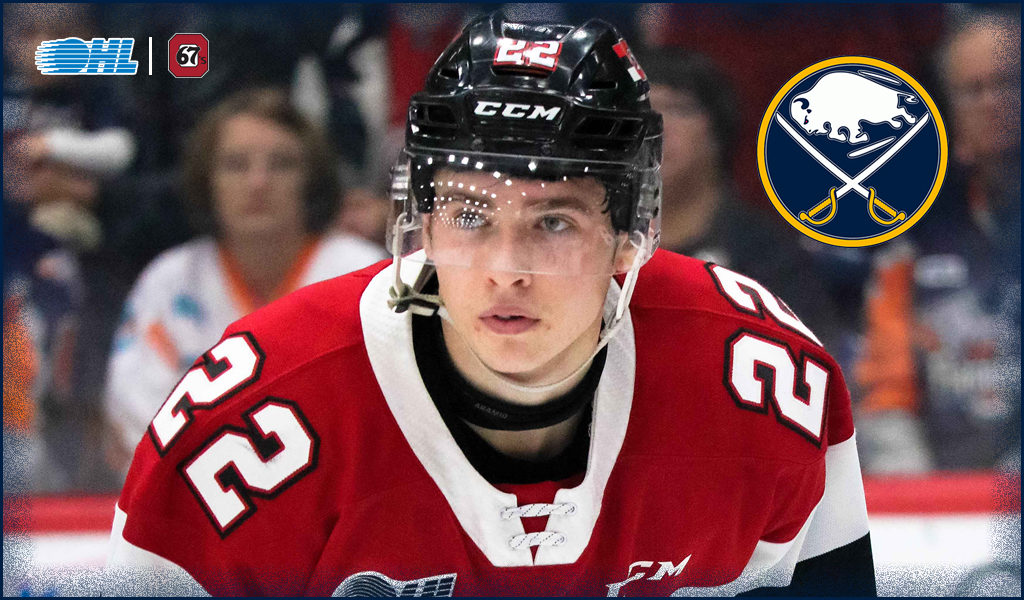 The Sabres selected Quinn with the eighth overall pick in the 2020 NHL Draft. The forward is coming off a 52-goal, 89-point campaign in 62 games with the Ontario Hockey League’s Ottawa 67s in 2019-20.

“Jack’s a Sabre,” Sabres general manager Kevyn Adams said after selecting Quinn. “I mean, I just felt like the work that our staff did in preparing was really important to understand his game.

“… You see the ability for him to keep getting better. His athleticism is high. Just a lot of the metrics that we look at when we’re scouting, he met and some. This was just a player that, the more work we did, the more excited we got.”

Quinn’s selection marked the culmination of a unique career arc that began with the winger being cut from AAA teams as a 14-year-old in his hometown Ottawa. The multisport athlete condensed his focus to hockey from that point on, rising to AAA and then, after a season in the Central Canada Hockey League, to the OHL with the 67s.

Quinn’s 52 goals ranked second in the OHL last season and made him the league’s fourth player of the past decade to reach 50 goals in their draft year. Buffalo’s selection was as much inspired by Quinn’s developmental approach as his scoring prowess.

“He has what I would say is a really good self-awareness of who he is as a player and he also has a determination that I see him getting better and better,” Adams said. “He has that growth mindset kind of mentality where you could just see it, he wants to get better.

“He was upset when he was younger that he didn’t feel that he was where he wanted to be as a hockey player and then he started doing things to help him improve. To me, you see that trajectory and arc and we’re going to be excited to have our player development guys now jump in and start doing work with them. But he’s got a big ceiling.”

The OHL announced in October that it intends to open training camps on Jan. 23 in preparation for a 40-game season that would begin on Feb. 4. Quinn’s options as a 19-year-old are to make the NHL team in Buffalo or return for another year of development in the OHL, a common route that 2019 first-round pick Dylan Cozens followed last season.

“When I think of Buffalo, I think of a great sports town and a great hockey town,” Quinn said after the draft. “I think I was very excited just because of that, first of all. And also, I think it was just a great spot. Right away, I thought I’m very excited to be able to try to make this team and be a part of it.”