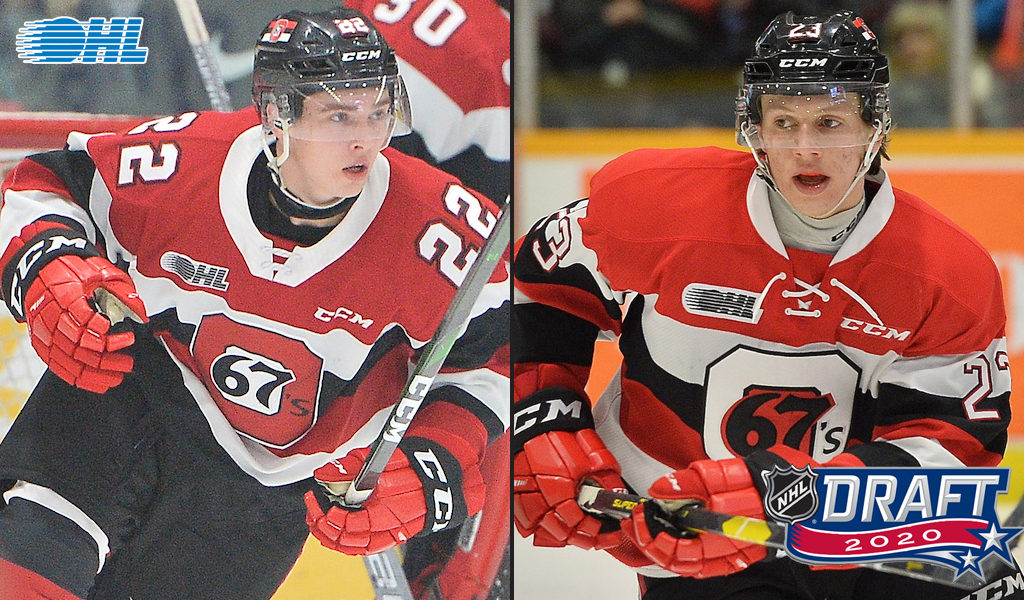 It’s been an exciting journey for Ottawa 67’s duo Marco Rossi and Jack Quinn en route to the NHL Draft. Ranked sixth and seventh respectively by NHL Central Scouting, both skaters are highly anticipated prospects expected to hear their names called in the first round on Oct. 6.

It’s a journey they’ve been happy to share together. In a recent media call, the two forwards had some kind words to share about playing with each other over the last two seasons as a member of one of the league’s most dominant teams.

Being on a loaded 67’s squad that boasted the skills of veterans Austen Keating, Noel Hoefenmayer and New Jersey Devils prospect Kevin Bahl, among others, it’s no surprise Quinn credited his teammates and their wealth of talent for helping to shape him into the highly sought after player he is today.

“Being around those guys, it was great to learn from them and learn what they do,” he said.

When asked specifically about his fellow draft eligible teammate and power play partner, the 19-year-old winger spoke highly of his talent.

“Marco is obviously a great player and I think everyone knows that. When I got the chance to be out there with him, it was definitely a benefit and I tried to make the most of it,” said Quinn of his teammate. “He’s definitely a great passer so I’d try to get open and he definitely set me up for a lot of goals. It was also great to have him on the team to push me and stuff, he was a great guy to try to battle with, and I think we pushed each other.”

Rossi had similar words to share about Quinn, speaking specifically to their shared preparation for the draft throughout the season.

“Me and Jack Quinn had a really good relationship because we’re in the same situation right now,” Rossi said.  “We talked a lot together and we always pushed each other off the ice and on the ice.”

Both players have been taking advantage of the extended offseason, working on getting quicker and stronger. Though he misses the competitiveness of the game after being away from it for so long, Quinn mentioned he’s been doing his best to simulate the game’s intensity in his own drills. When asked about his jump from 12 goals as a rookie to an outstanding 52 as a sophomore, he weighed in on the many factors that have played into his progression.

“It started with a great summer in the gym, that led to me feeling in good shape and being a lot more confident in myself, I think my skating improved a bit, so a little more ice time, a little more confidence, and the pucks started going in,” he said. “[Andre Tourigny] was hard on me to try to get to the inside and be harder to play against and go to the net. I worked on that and I think that was a big difference for me.”

“There’s a lot to Quinn’s game that seems to scream ‘NHL talent.'”

Rossi spoke to how he’s been working on his explosiveness and has started to see improvements. When asked about his NHL-readiness, he pointed to his complete game, playmaking ability and hockey IQ.

The CHL-leading scorer also credited his father, Michael – who had a 20-year professional career of his own in Austria – with helping instill in him the lessons that have molded him into the tenacious offensive threat he’s turned out to be.

“When I was really young, when I started to play hockey, my dad told me to always have my head up, try to be a good playmaker,” he said. “He told me to think a lot, and just try to help your teammates and be a good teammate.”

“What he has that sets him apart is his tenacity, his lack of fear, that ability to get in and win battles.”

Quinn and Rossi are looking forward to taking in the big moment with their families tomorrow evening. Reflecting on all that’s helped them get to this big moment, it would appear that being a good teammate is a trait that has seemed to pay off for both players, something Rossi attested to.

OHL Mourns the Loss of Larry Mavety
8 hours ago 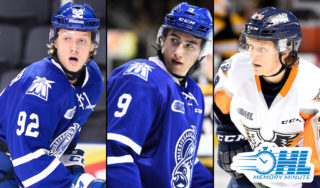