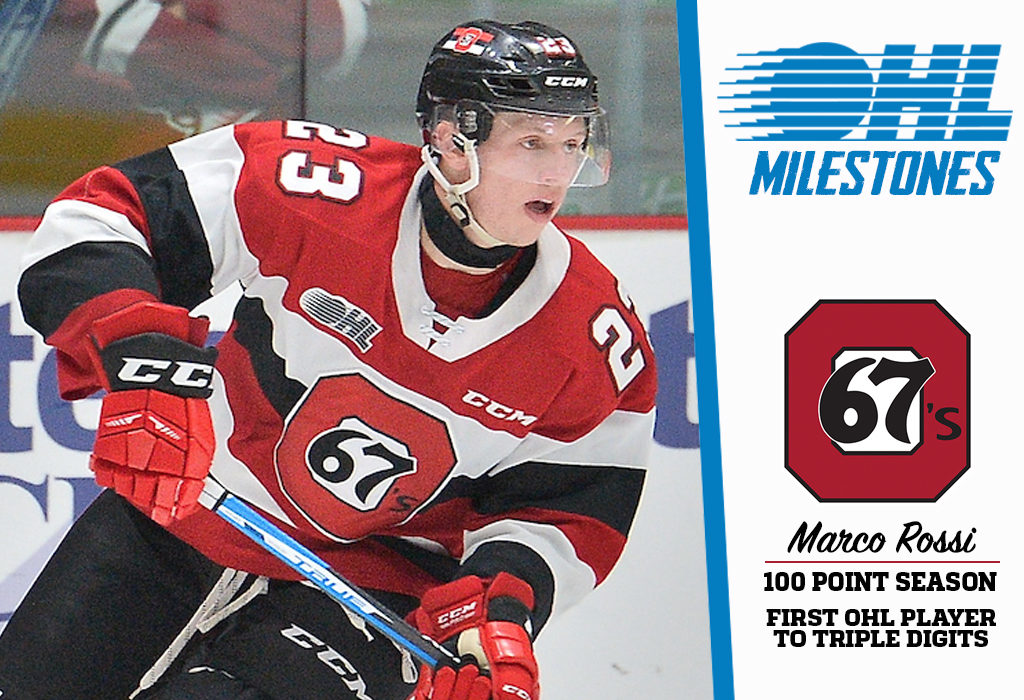 The 67’s were stunned by the North Bay Battalion, falling 6-2 on the road to the OHL’s last place club as the Troops skated to their third straight win. The 67’s, who entered Thursday as the top-ranked team in the Canadian Hockey League, remain atop the OHL standings with a 42-10-0-1 record.

Rossi, for his part, assisted on Jack Beck‘s first period goal to stretch his current point streak to five games while giving him 33 goals, 67 assists and 100 points over 47 games to lead the OHL. Rossi, who also skated in his 100th career OHL contest on Thursday, becomes the second CHL player to hit triple digits, following Rimouski Oceanic forward Alexis Lafreniere who did so earlier in the week.

The 18-year-old centreman from Feldkirch, Austria was the fifth-ranked North American skater on NHL Central Scouting’s Midterm Rankings released in mid-January. He was selected by the 67’s with the 18th overall pick of the 2018 CHL Import Draft.

Rossi follows in the footsteps of former 67’s teammate Tye Felhaber who recorded 109 points (59-50–109) during the 2018-19 season before Ottawa captured the Bobby Orr Trophy as Eastern Conference champions. 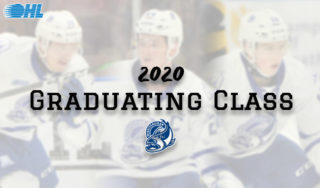