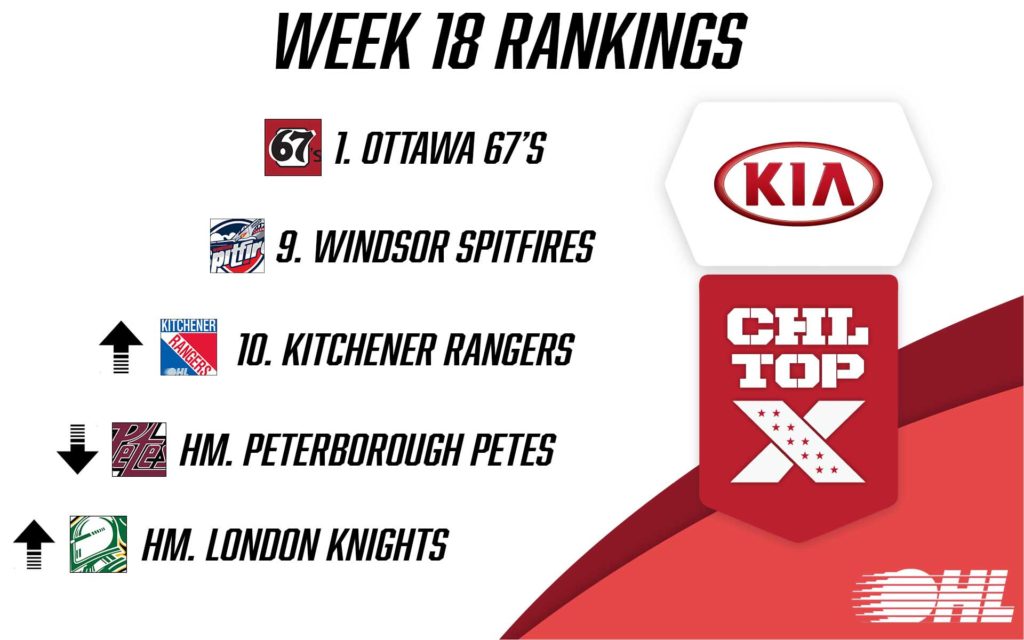 Toronto, ON – The Canadian Hockey League today announced the week 18 edition of the Kia CHL Top-10 Rankings for the 2019-20 season.  The weekly rankings of the CHL’s Top-10 teams are selected by a panel of National Hockey League scouts.

The Ottawa 67’s remain the top-ranked team in the Canadian Hockey League for a third straight week, taking consecutive wins over the Flint Firebirds, Hamilton Bulldogs and Oshawa Generals to improve to 34-7-0-0. The 67’s own the League’s top-ranked power play by a considerable margin, one operating at a 32.7% success rate. The 67’s have been led by OHL scoring leader Marco Rossi who leads all players with 78 points (27-51–78) in 35 games. Ottawa readies for home dates against Niagara and Saginaw on Saturday and Sunday.

The Windsor Spitfires continue to hold the ninth spot in the weekly rankings following back-to-back home wins over Erie and Saginaw. The Spits leapfrogged the Spirit for first place in the West Division standings, improving to 27-9-5-0. Windsor has relied upon goaltenders Kari Piiroinen and Xavier Medina equally this season as both have played 21 games. The Spits have really spread the scoring around, with 10 different players with double-digit goal totals in their lineup.

The Kitchener Rangers are back into the Top-10 in the 10th slot. The Rangers lead the Western Conference with a 27-11-4-2 record and wins in 20 of their last 23 contests, turning things around since Mike McKenzie took the reins as interim head coach. Overage forward Liam Hawel is riding a current nine-game point streak while Dallas Stars prospect Riley Damiani leads the team offensively with 55 points (20-35–55) over 43 games. Kitchener hosts the Sarnia Sting on Friday before squaring off with the Steelheads in Mississauga on Sunday. 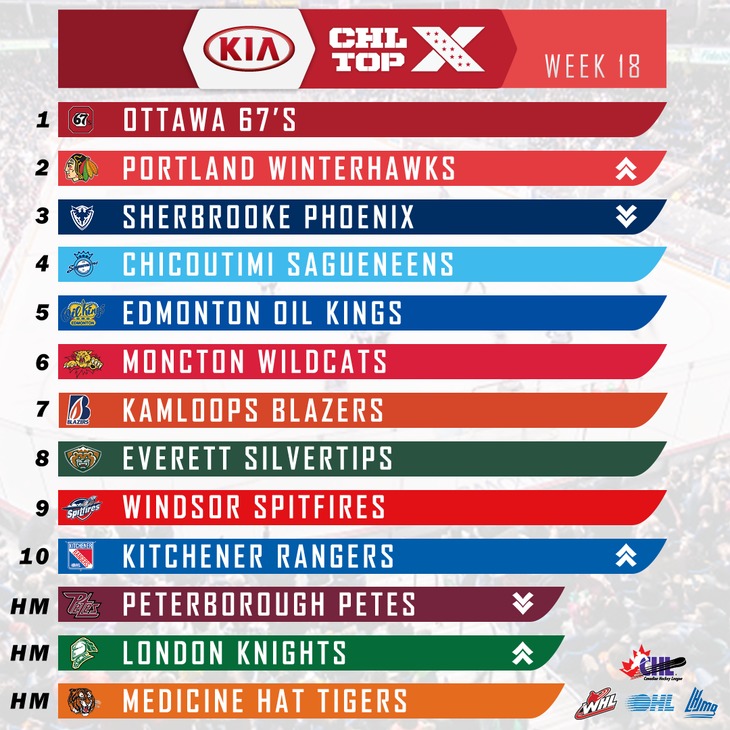