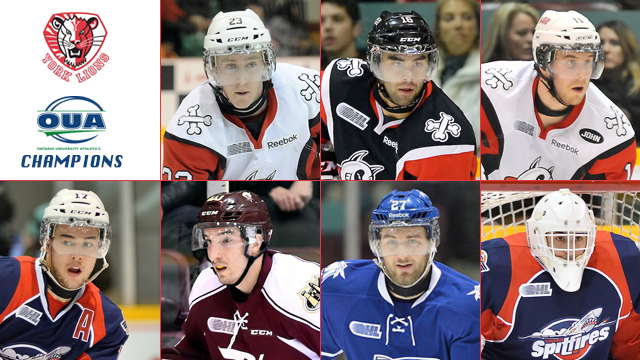 Former Ottawa 67’s, Owen Sound Attack and Windsor Spitfires power forward Steven Janes scored the deciding goal with 4:34 remaining in the third period to give the Lions their first OUA Championship since 2004.

While York claims its first OUA title in 13 years, Queen’s winds up with a silver-medal result for their best finish since their last championship back in 1981.

Both teams have qualified for the U SPORTS Championship that begins in Fredericton, NB next week. They’ll be joined by the McGill Redmen from the OUA who defeated the Windsor Lancers 6-3 in a winner-take-all wild card game on Friday.