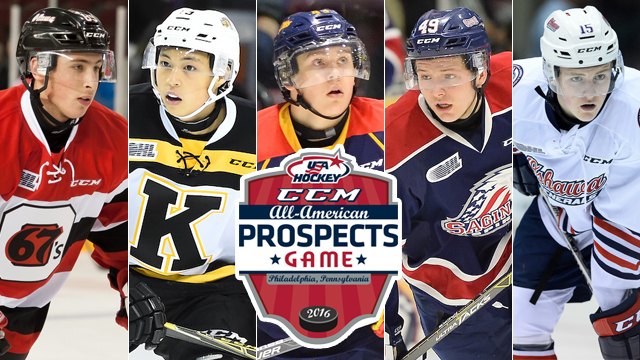 8 CHL players are among the 42 announced by USA Hockey who will compete in the fifth annual CCM/USA Hockey All-American Prospects Game set for September 22 at the Wells Fargo Center in Philadelphia, PA.

The game assembles the top U.S. players who are eligible for the 2017 NHL Entry Draft. 35 players competing in the game appeared on the 2015-16 NHL Central Scouting Futures List, which highlights players that have potential to be selected in the first three rounds of the draft.