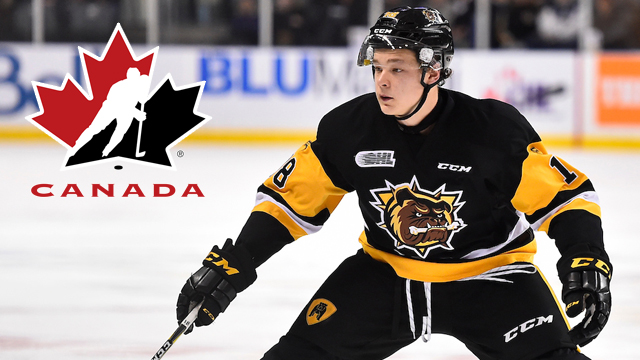 ETOBICOKE, Ont. – Hockey Canada has announced the addition of 11 players to its pre-tournament roster for the 2017 IIHF U18 World Championship in Poprad and Spisska Nova Ves, Slovakia, beginning later this month.

The team departs today for Slovakia to continue its training camp and play two pre-tournament games – April 9 in Bratislava versus Russia; and April 10 in Piestany versus Switzerland.

Canada opens the 2017 IIHF U18 World Championship on April 13 against Latvia; it will also play Finland, Slovakia and Switzerland in preliminary-round action. TSN, the official broadcast partner of Hockey Canada, is broadcasting 12 games, including all of Team Canada’s match-ups at the IIHF U18 World Championship. RDS will broadcast 10 games, including Canada’s four preliminary-round games, two quarter-final games, both semifinals, and the bronze- and gold-medal games.

For more information on Hockey Canada and the Program of Excellence, please visit