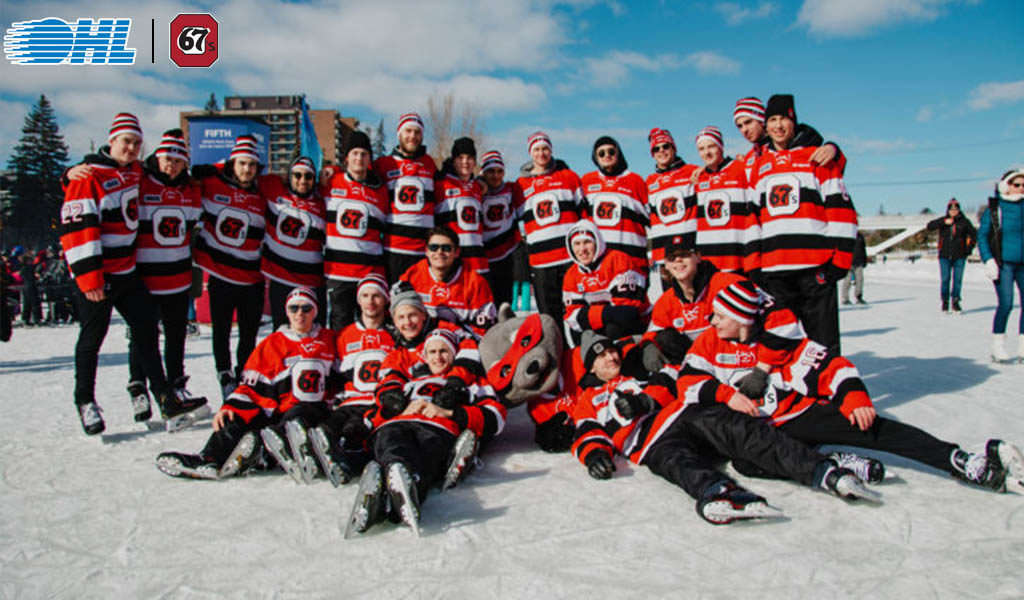 The Ottawa 67’s were recently presented with the inaugural OHL Community Involvement Award. Here’s a look back at the past year and a few of the many acts the boys did in and around the city of Ottawa.

Hands-down one the most favorite things for our players to be involved in the community is supporting boys and girls on the ice with Minor Hockey teams across the region.  Special thanks goes out to our partners at CAA-NEO for their ongoing support of our 67’s Community Practices. 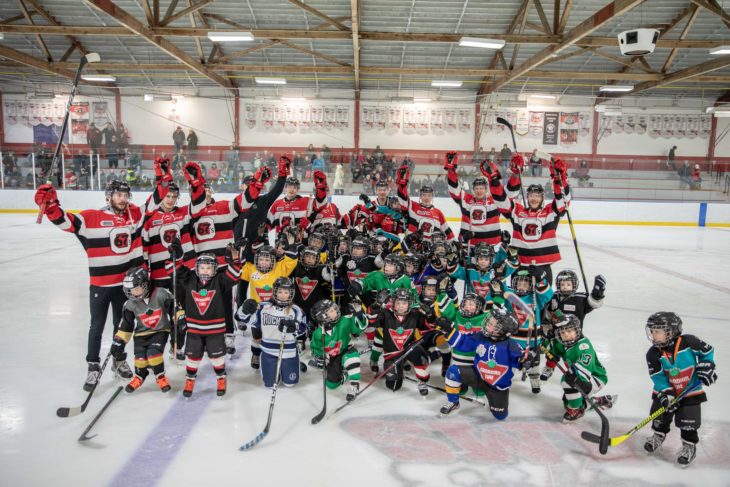 Reading is so pivotal to the future success of our youth.  Our 67’s players encourage reading by visiting classroom at schools across the city to meet the students and read some of our favourite hockey storybooks. 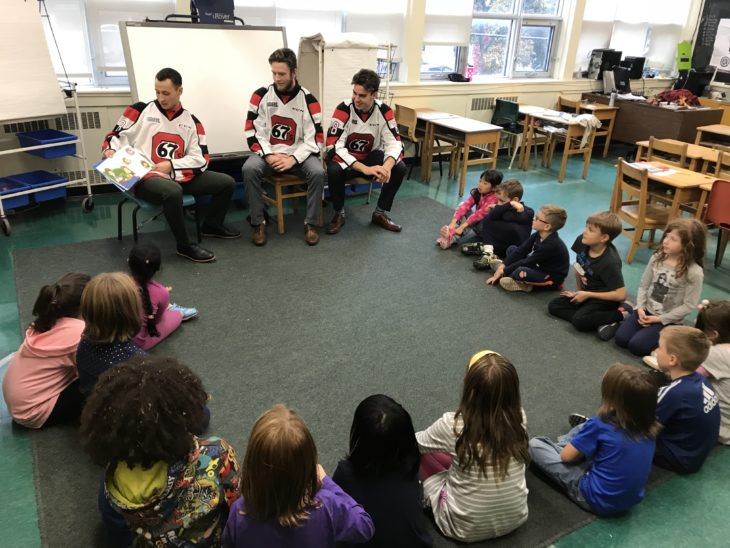 The holiday season is traditionally known as a time for giving and our 67’s like to step-up their community-game at this time of the year and never fail to deliver.  This year the boys were found gift wrapping for charity and supporting underserved communities at holiday meals for youth that may otherwise not receive a traditional holiday dinner. 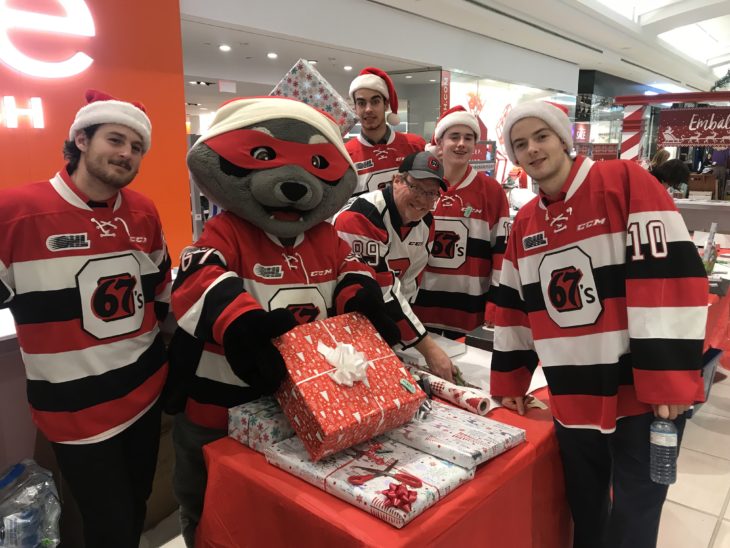 Goals are not always scored on the ice.  67’s players and staff hosted many school motivational assemblies across the region to share stories of overcoming obstacles and striving for one’s goals and dreams. 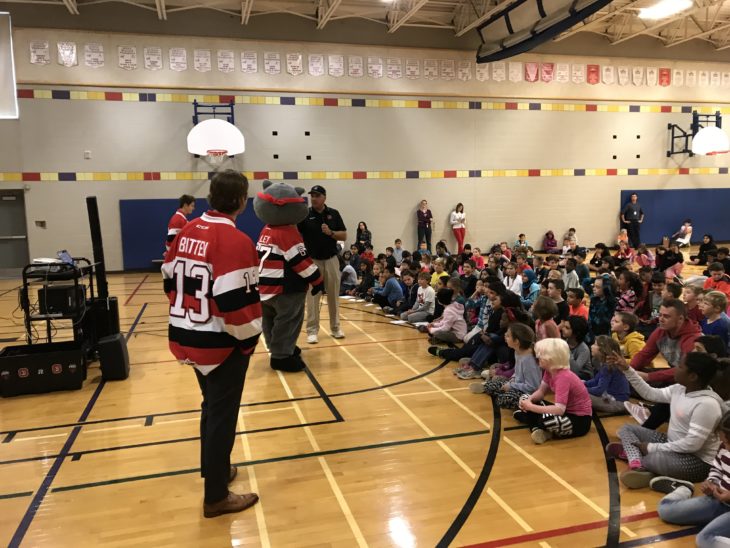 The 67’s are extremely proud of their on-going support of Blind Hockey Canada.  Not only did we host members of the National team including Ottawa’s own, Kelly Serbu – Team Captain, but we invited many visually impaired youth on the ice to skate with our players at the arena at TD Place.  A humbling experience to say the least for us to share the ice with these amazing kids! 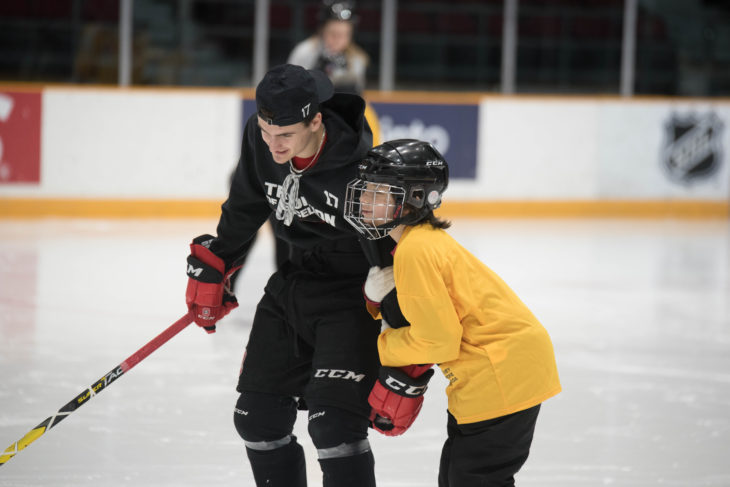 Several 67’s players visited the Potvin family and their neighbours in Richmond to celebrate their rink being named the top Back Yard Rink in the region!

From popping by the shops of our various partners like First Choice Haircutters or cooking with youth in the kitchens at Real Canadian Superstores, our players are literally everywhere! 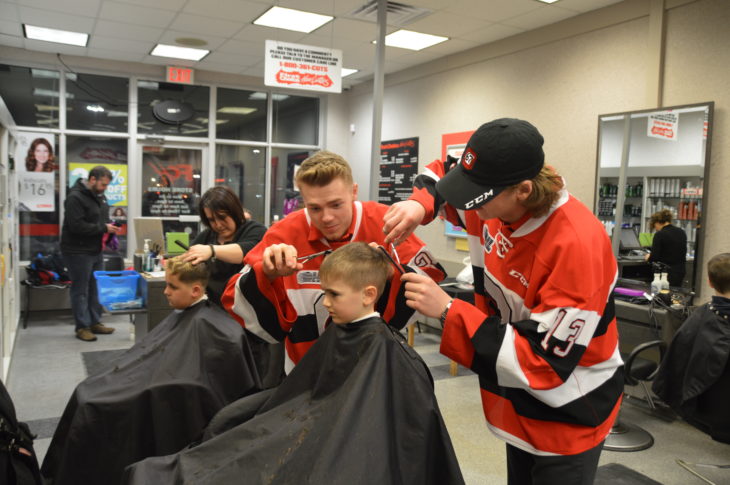 67’s players gave many gym teachers a break as they spent time with several gym classes at elementary schools in Ottawa to teach and play ball hockey with their students. 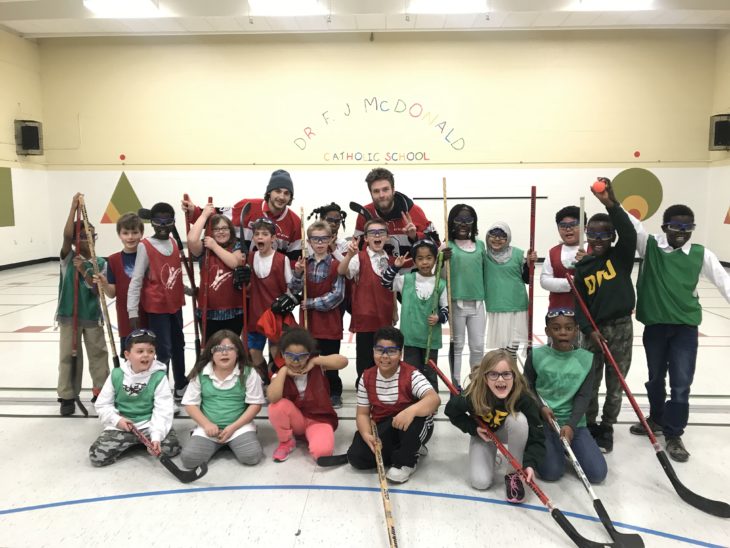 Nothing says Ottawa like a skate on the Rideau Canal and Beavertails with our fans and our team did just that! 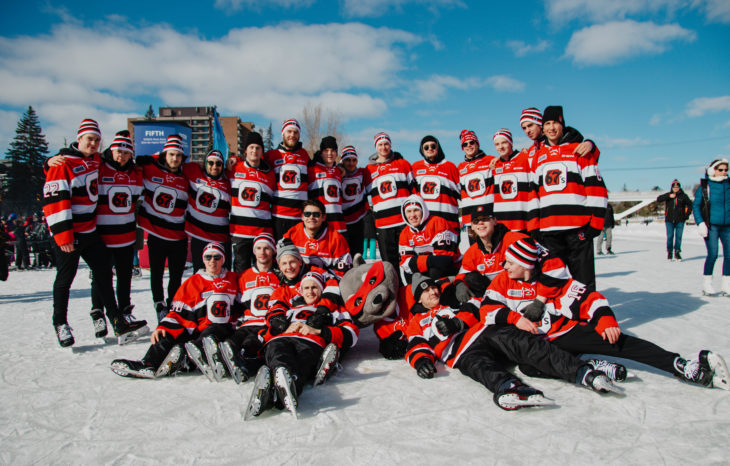 When our community was in its greatest need, our boys were there.  Despite being in the heart of the OHL playoffs, 67’s players, coaches and staff volunteered to support flood relief effort and assist with sandbagging in Constance Bay. 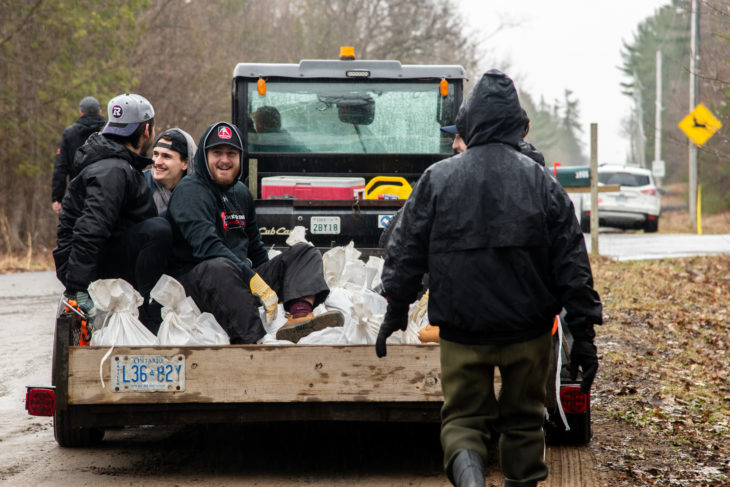