Abraham and Hayes Named to U.S. National Under-18 Team 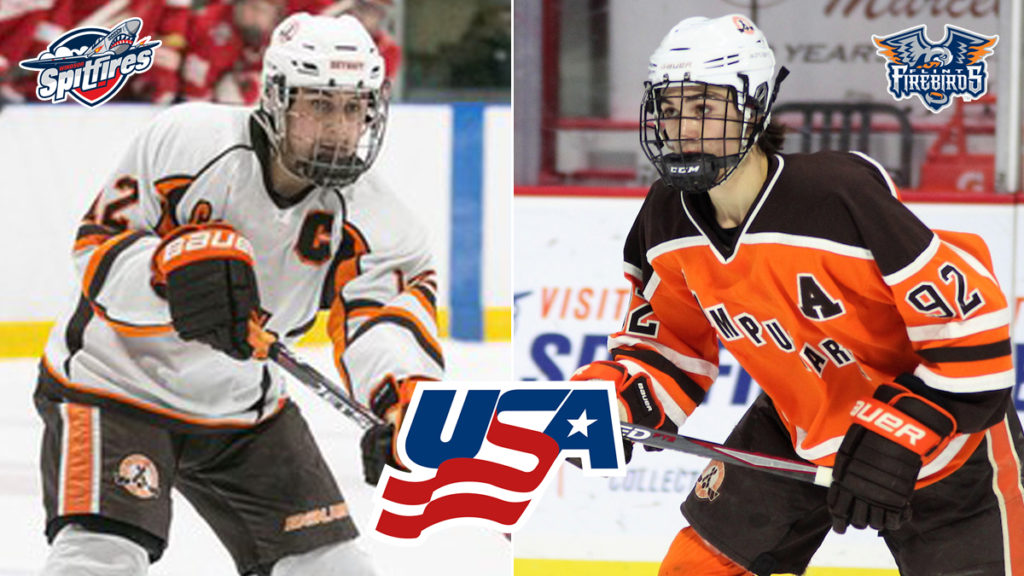 A pair of 2020 first round OHL Priority Selection choices have been named to the U.S. National Under-18 Team that will compete at the 2021 Hlinka Gretzky Cup to be held in Breclav, Czech Rep. and Piestany, Slovakia from August 2-7, 2021.

Abraham, 17, was selected by the Spitfires with the 14th overall pick last April. He captained the Detroit Compuware 15U program in 2019-20, posting nine goals, 14 assists and 23 points over 13 games. The native of Livonia, Mich. will be representing the United States internationally for the first time.

A Compuware teammate of Abraham’s, Gavin Hayes was chosen by the Flint Firebirds with the 16th overall pick of the 2020 OHL Priority Selection. The 17-year-old right-winger from Westland, Mich. spent the past season with the Detroit Honeybaked 16U program, putting up 12 points (7-5–12) over 14 outings. Hayes led the 2019-20 Compuware team in points with 24 (13-11–24) over 14 games. He is the younger brother of Hamilton Bulldogs forward Avery Hayes.

The 2021 Hlinka Gretzky Cup will include the United States, Czech Republic, Finland, Russia, Slovakia, Sweden and Switzerland. The United States last won gold in the tournament back in 2003 and brought home silver in 2016.