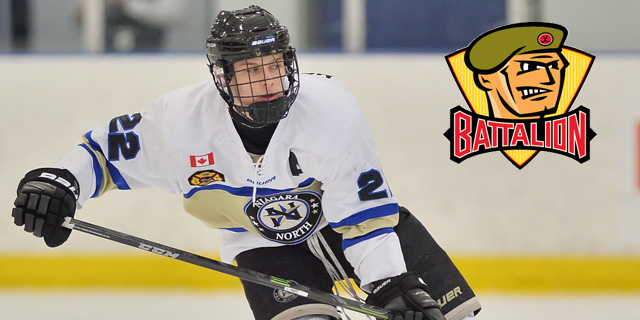 The North Bay Battalion have received a commitment from 2016 first round selection Adam McMaster.

Selected 13th overall by the Troops in the 2016 OHL Priority Selection, McMaster spent the 2014-15 season with the Niagara North Stars Minor Midgets, earning OMHA SCTA Player of the Year honours with 27 goals, 26 assists and 53 points in 36 games. He recorded six assists over four games at the 2016 OHL Cup.

“He’s obviously a dynamic skater,” Battalion head coach and general manager Stan Butler said of McMaster at the team’s orientation camp last weekend. “He’s got good skills and he’s a player that I think will come in and be a solid player to start off but, when he gets to be 18 or 19, he’ll be a very dynamic player.”

A 5’11”, 160Ib. centreman from Beamsville, ON, McMaster registered a goal and three assists over five games for Team OMHA Black at the OHL Gold Cup last month. 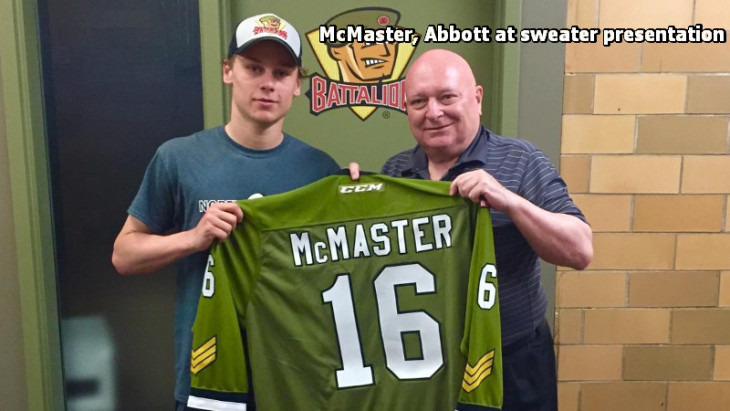