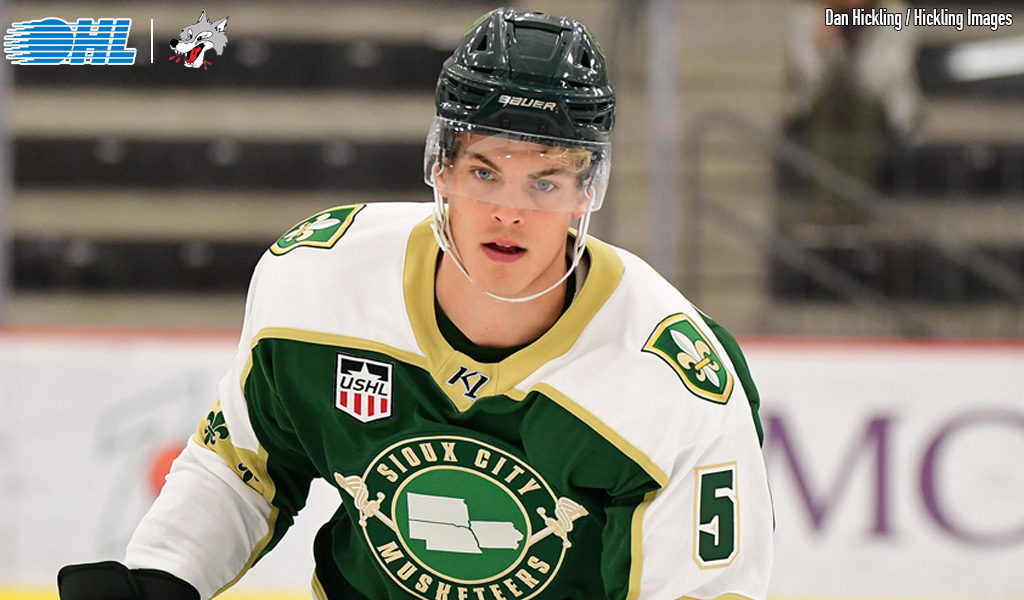 The Rye, New York native was selected by the Wolves in the fifth round of the 2016 OHL Entry Draft. He spent the next two seasons as a member of the USA National Development program. The 6-foot-6, 235lbs. defenceman began last season with Boston College and left the school to join the Sioux City Musketeers of the USHL in December of last season.

“Adam is a player that our organization has thought very highly of since he was drafted. We are very pleased that Adam and his family decided to continue his career at this time by joining our team,” said Papineau. “Adam comes to us from a very strong hockey family with his father (two-time Stanley Cup Champion, Ulf Samuelsson) playing over 1000 NHL regular season games. Adam has always been one of the top 2000 born defenceman in the United States and we look forward to him being a strong addition to our blueline this season.”

“I am super excited for the opportunity to join the Wolves this season,” said Samuelsson. “I strongly considered this decision last season around this time and after discussing in detail with my family, I felt that this is the best opportunity for me. I have heard many great things about Coach Stillman and the team as being a great organization that has a strong hockey history. I am looking forward to helping the team be successful and hopefully help Sudbury win a Memorial Cup.”