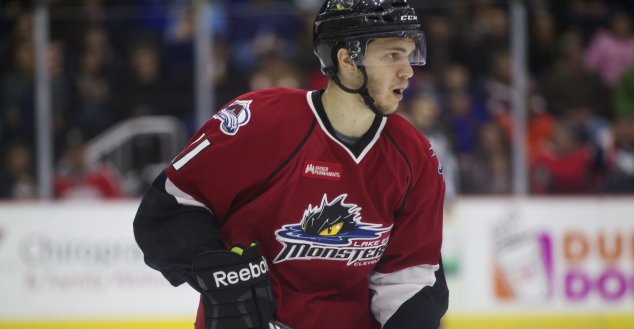 Agozzino was a undrafted free agent signing by Colorado’s AHL affiliate, the Lake Erie Monsters, and had signed a one way AHL contract with Lake Erie prior to the season.

Agozzino has been a tremendous find for Lake Erie, leading the Monsters in points with 45 (17 goals and 28 assists) in 65 games played.

The entire IceDogs organization would like to congratulate Andrew on his signing with Colorado and we look forward to seeing him take the next step and make his NHL debut sometime soon!