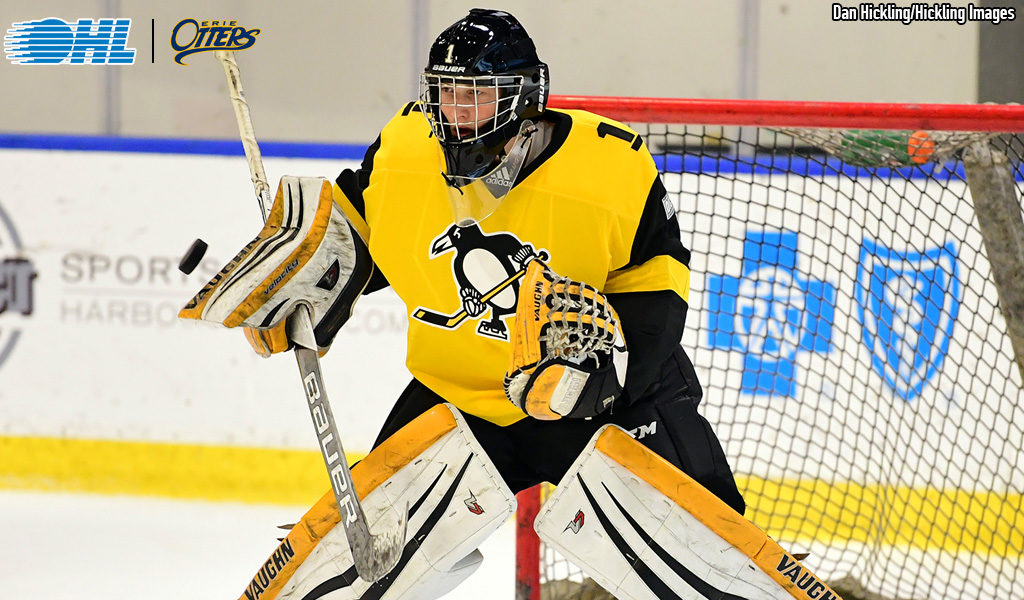 Campbell, a 6’4”, 181-pound netminder, was Erie’s 12th round pick (224th overall) at the 2018 OHL Priority Selection. The Cranberry Township, Pennsylvania native most recently anchored the net for the Pittsburgh Penguins Elite 16U at the Chipotle-USA Hockey Youth Tier I 16U National Championship, where he stopped 26 of 27 shots in the championship game to help the Penguins Elite capture the 2019 national title.

“Aidan has progressed nicely over the course of the season and experienced a great deal of success with the Pittsburgh Penguins Elite 16U program,” said Erie Otters General Manager Dave Brown. “Aidan is blessed with great physical tools and combines it with an unmatched determination, which has allowed him to continue his development at a rapid pace. He has succeeded at every challenge he’s faced and done so in an impressive fashion, culminating with his team’s national championship just over a week ago.”

The 16-year-old keeper appeared in 28 regular season games with the Pittsburgh Penguins Elite 16U during the 2018-19 season and led the Tier 1 Elite Hockey League in nearly all goaltending stat categories, including wins (17), shutouts (8), goals against average (0.69), and save percentage (.944). Campbell’s efforts on the year also earned him a call up to the U.S. National Under-17 Team in January where he appeared in two games.

“It’s a great organization and I’m so excited to be able to wear this amazing logo and support the Erie community,” Campbell said. “The fact that they [the Erie Otters] have had a really good history just pulls me towards this organization and everything about it.”