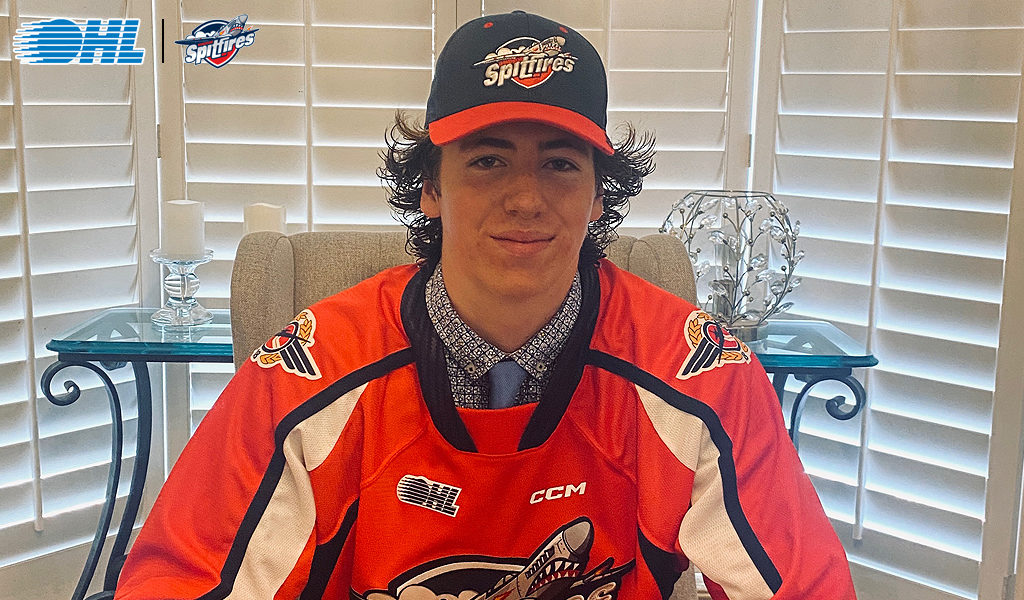 Windsor, ON – The Windsor Spitfires are excited to announce that 2022 third round pick AJ Spellacy has agreed to an OHL Standard Player Agreement and will suit up for the Red, White and Navy in the 2022-23 season.

The Westlake, Ohio product stands at 6-foot-3 and weighs 183 pounds.

AJ is a speedy forward that will be able to play in transition and use his speed to create offence. He is an athletic young player and with development, we see a great combination of size, speed and skill.

Spellacy played his minor hockey with the Cleveland Barons 15U AAA team and appeared in 15 games recording six goals and five assists for 11 points.

Spellacy was invited to USA Hockey’s tryout camp that showcased the top 47 hockey players born in 2006. Playing with top players across the country was very fun for AJ.

Spellacy is a dual athlete, he plays hockey and football at a very high level. You can view his football highlights here.

AJ’s hockey highlights can be found at the following links: Link 1 Link 2 Link 3

Spellacy spoke on the signing.

“I am super excited!” Spellacy said. “I have a big summer and a lot of work ahead of me and am eager for the challenge.”

GM Bill Bowler spoke on the addition of AJ to the roster.

“We are ecstatic with the signing of AJ to our hockey club.” Bowler started. “We are excited about AJ’s potential and his future with our organization. He is a tremendous athlete, and we welcome Anthony and his family to our community.”