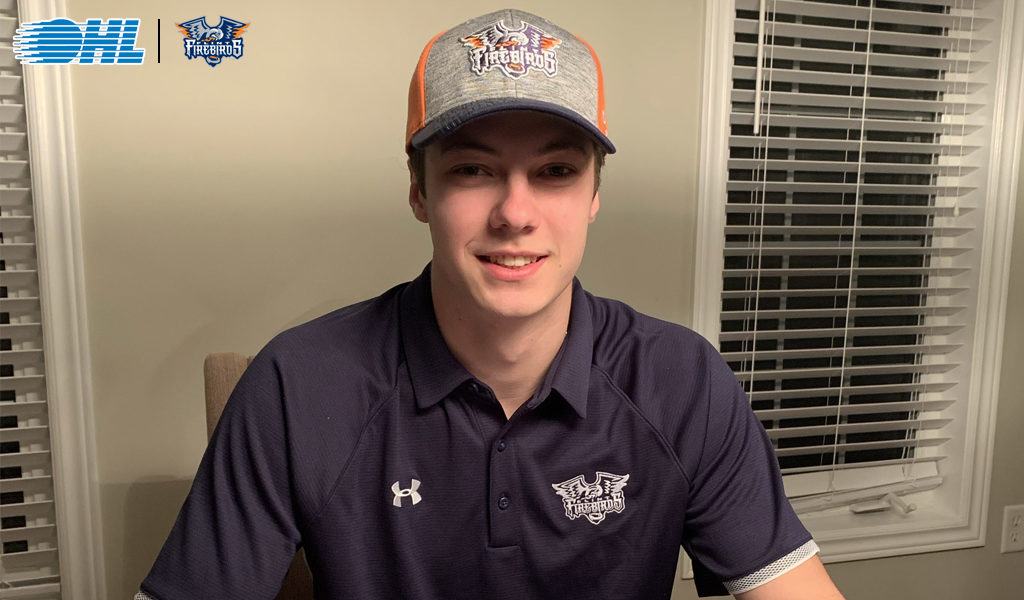 “We are excited to officially welcome Alex to the organization,” General Manager and Head Coach Ted Dent said. “He brings in good size and skill to our hockey club. We look forward to getting to work with him in the coming months.”

The Firebirds acquired Bradshaw in a trade with the Erie Otters back in January. The 2004-born forward produced 22 G and 9 A in 37 GP for the Powassan Voodoos of the NOJHL this past season.

“I’m really excited about the opportunity,” Bradshaw said. “(Flint) is a great organization with a great team and staff. It’s a real honor to play at this level and in this league.”

A native of Ajax, Ont., Bradshaw was a 12th-round pick back in the 2020 OHL Priority Selection by the Otters. He scored 7 G and 12 A in 35 GP with the Ajax/Pickering Raiders at the ETAHL U16 level.

“I consider myself a big power forward,” said Bradshaw.”I can get into the dirty areas, and get in front of the net. I’ll do whatever I can to help the team win no matter what that job may be for me.”