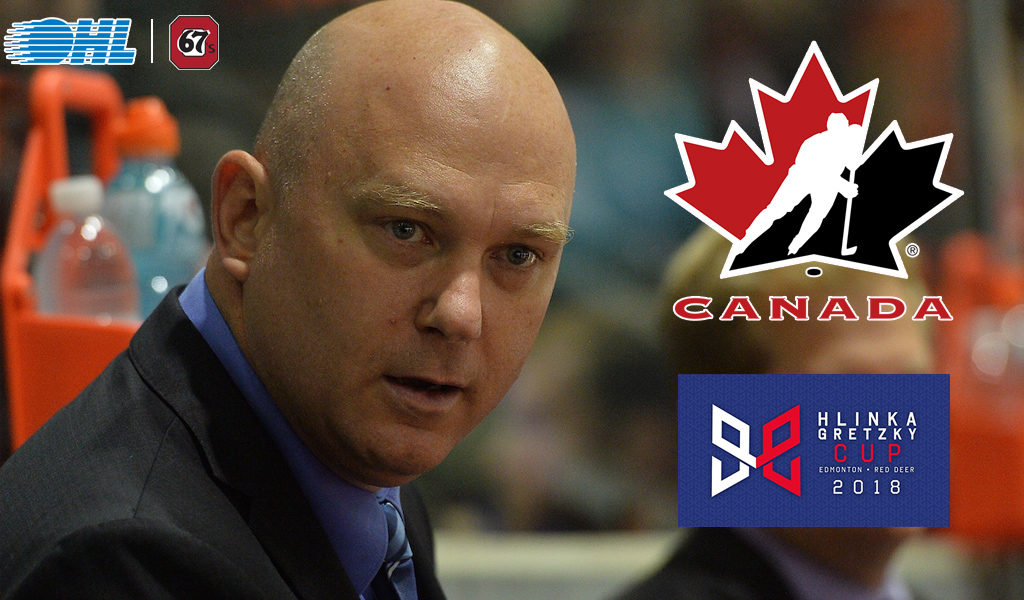 CALGARY, Alta. – Hockey Canada announced that André Tourigny (Nicolet, Que./Ottawa, OHL) will take over behind the bench of Canada’s National Men’s Summer Under-18 Team following the departure of Gilles Bouchard, who has accepted an assistant coach position with the Syracuse Crunch of the American Hockey League.

“André’s experience and success across many different leagues is an incredible asset to our National Men’s Summer Under-18 Team,” said Scott Salmond, senior vice-president of national teams with Hockey Canada. “We are excited to welcome a coach with previous international experience at the Ivan Hlinka Memorial Cup and IIHF World Junior Championship, and we look forward to André’s leadership as Team Canada hits the ice for selection camp and at the Hlinka Gretzky Cup this summer.”

In the coming weeks, 44 players will compete for a spot on Canada’s National Men’s Summer Under-18 Team during a week-long selection camp before a 22-player roster will be selected to compete at the 2018 Hlinka Gretzky Cup, set for Aug. 6-11 at Rogers Place in Edmonton and Servus Arena in Red Deer.

Ticket packages, including an all-new three game Team Canada package, and single-game tickets for the 2018 Hlinka Gretzky Cup can be purchased online starting today at 10 a.m. MT on HlinkaGretzyCup.com.

For more information on Hockey Canada, Canada’s National Men’s Summer Under-18 Team, and the 2018 Hlinka Gretzky Cup, please visit HockeyCanada.ca, or follow through social media on Facebook, Twitter, and Twitter.com/HC_Men.