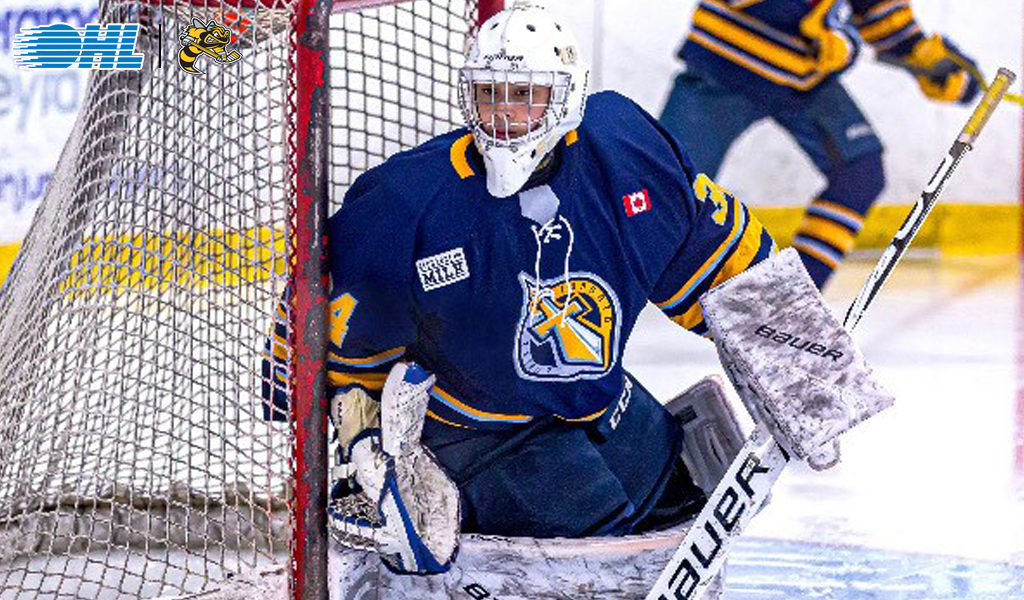 Thornton, a Maple, ON native was selected third overall in the 2020 Under 18 Priority Selection held this past April. The 6-foot keeper spent this past season with the Toronto Titans Midget AAA program.

“I am very honoured and excited to sign with this organization and look forward to heading to Sarnia in the near future to meet the staff and team. I want to thank my family for their amazing support and the coaches I have had over the course of my hockey career, who have all helped me get this opportunity. I can’t wait for the season to get started and to compete in front of Sting fans,” comments Thornton on his commitment to the Club.

Thornton has had a string of minor hockey success that includes a GTHL & OHL Cup Championships in 2019 with the Don Mills Flyers. In four OHL Cup tournament games played Thornton held a 1.21 goals-against average and .909 save percentage back stopping his team to the coveted prize.

Seca comments on his most recent signing: “We are very excited to welcome Anson and his family to our program. Anson has worked extremely hard to put himself in the position to play in the Ontario Hockey League. Our Goaltending Coach Franky Palazzese has scouted and trained with Anson for the past two seasons and we were drawn to his work ethic and determination. Along with those great qualities, he has the athletic ability and skill set to succeed.”