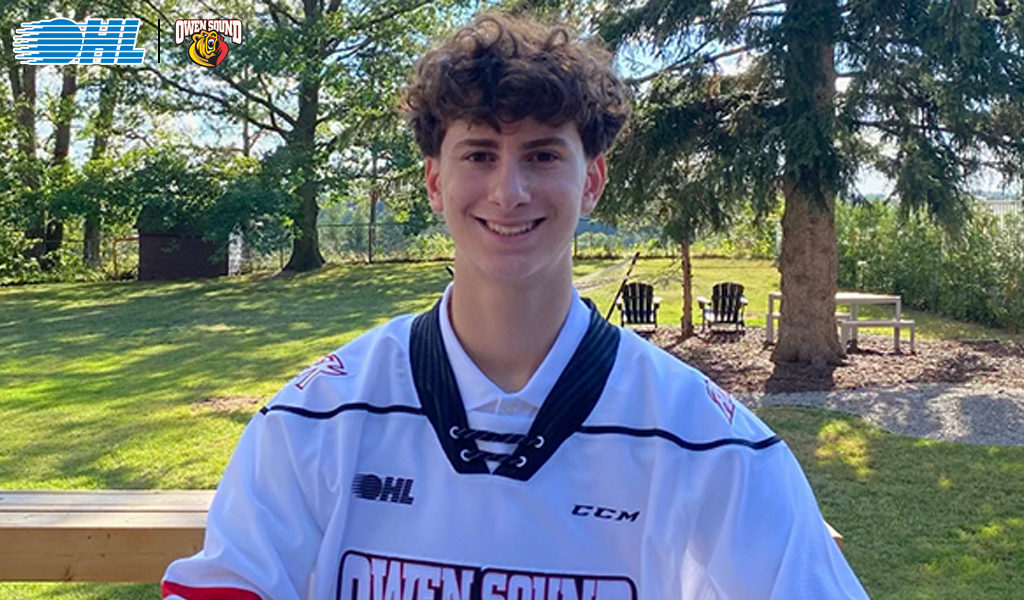 Owen Sound, ON – The Owen Sound Attack continue to build for the 2022-23 season as second round pick Antonio Tersigni has signed his Standard Player Agreement with the organization.

It was a busy long weekend for Attack General Manager Dale DeGray, as he inked the team’s first second round pick (30th overall) Braedyn Rogers to his SPA on Friday, and followed it up with the 35th overall pick Tersigni signing on Monday.

Tersigni is coming off a strong minor midget season in 2021-22 with the Toronto Jr Canadiens, as he posted 32 goals and 86 points in 56 games played throughout the year. The Vaughan, ON native followed up his regular season with an equally strong OHL Cup, where he scored 4 goals and had 9 points in 7 games, helping the Jr. Canadiens reach the finals.

“Antonio is coming off a minor midget campaign where he proved to be one of the hardest working players in the draft,” DeGray said. “We look forward to seeing Antonio at camp in September and can’t wait to see him display his skill set this season.”

Tersigni’s strong season also caught the eye of Hockey Canada, as he spent a week in early July out west at the U-17 Development Camp, in hopes to make one of the three U-17 teams later this year. Tersigni was one of four Attack prospects at the camp as he was joined by Ben Cormier, Rogers and Carter George.

“So honoured and grateful to sign with the Attack,” said Tersigni. “I can’t wait to play in front of the amazing fans. I hope to bring my hardworking and high IQ play style to the team. I can’t wait to get started!”

Fans can get their first look at Tersigni later this month, at the Attack development camp set to begin August 29th.