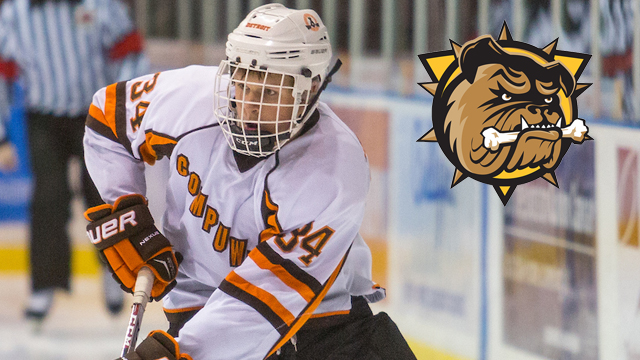 Hamilton, ON – The Hamilton Bulldogs have announced that the team has received a commitment from 2017 second round (26th overall) selection Arthur Kaliyev, who has agreed to an Ontario Hockey League standard player agreement with the club.

Kaliyev, a 6’1” and 171-pound left winger, was a standout at the recent Bulldogs Rookie Orientation Camp in April.

Bulldogs President and General Manager Steve Staios says this is a significant signing for the hockey club. “Arthur Kaliyev is a dynamic player who has great vision with the puck and an elite ability to score goals,” said Staios. “He makes everyone around him better. We are very pleased to add Artie to our team.”

The Russian-born Kaliyev played last season for the Detroit Compuware U16 where he scored 13 goals and 5 assists, for 18 points in 19 games. He then went on to lead the team to the USA Hockey Youth Tier 1 U16 National championship where he led the tournament in scoring.