Attack back in the playoffs for a 10th straight season 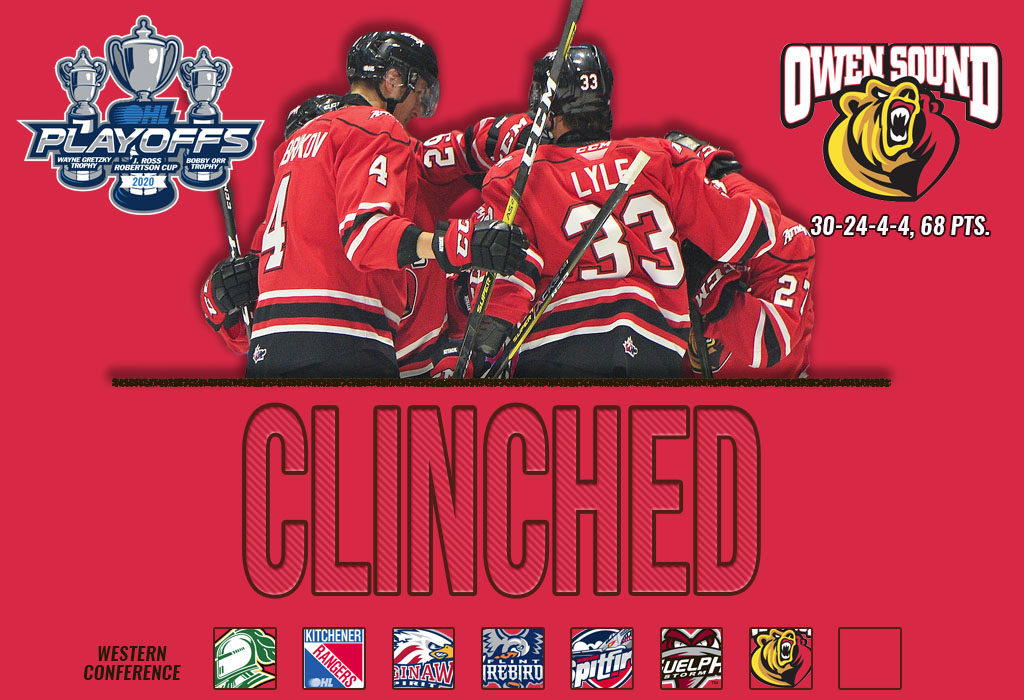 The Ontario Hockey League announced the conclusion of the 2019-20 regular season on Wednesday and the Owen Sound Attack are in the Western Conference playoff picture, locking up the seventh seed.

The 30-24-4-4 Attack are into the OHL Playoffs for the 10th consecutive year, returning to the postseason after seeing the Soo Greyhounds put an end to their runs in both 2018 and 2019. Owen Sound is one of just three Canadian Hockey League squads to string together 10 consecutive 30-win seasons.

The Bears are in the hunt for their first OHL championship since 2011.