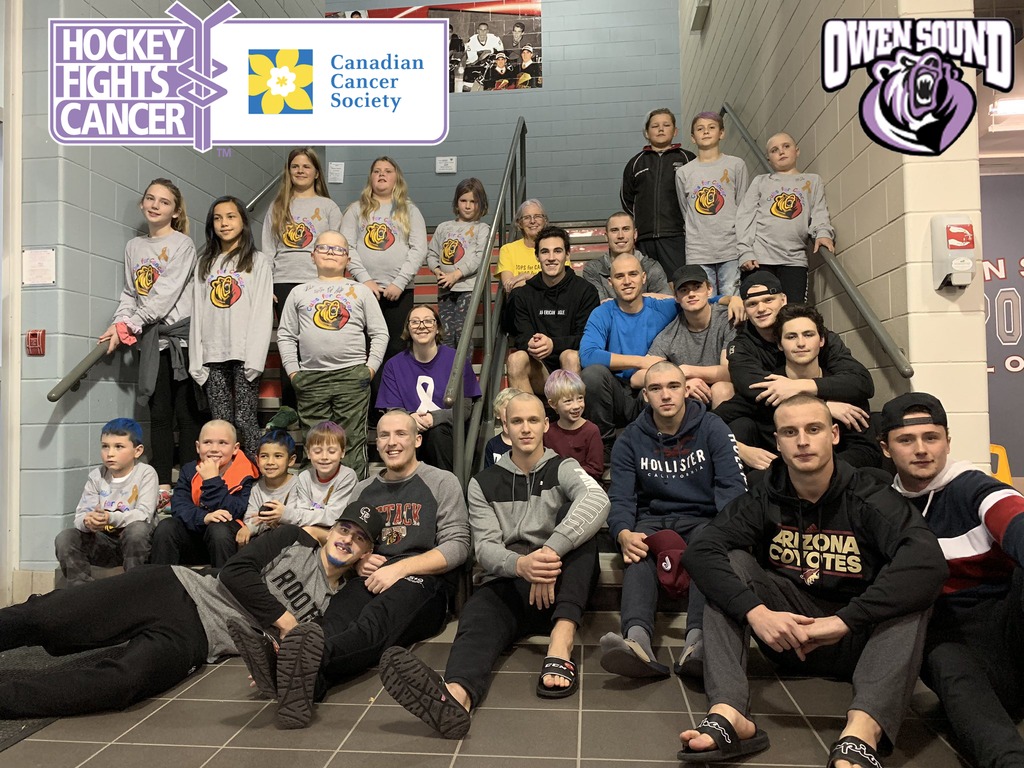 Owen Sound, Ont. – On Monday night at the Bayshore Community Centre, seventeen children and six members of the Owen Sound Attack took part in a head shave/cut/chalk event to raise funds for Hockey Fights Cancer. By the end of the evening with all the money counted, they had raised over $7,000 for the Canadian Cancer Society.

Deni Goure, Brady Lyle, Stepan Machacek, Andrew Perrott, Matt Philip and Carter Robertson all volunteered to have their heads shaved, with teammates doing the honours with help from the professionals at Mastercuts Owen Sound. Other Attack players had partnered with local children that were participating in the event, helping shave, cut or chalk their hair.

The Head Shave Event was the second Hockey Fights Cancer event leading up to the game on November 2nd against the Sarnia Sting. Last week, five players went to Boston Pizza for a Celebrity Serve where 10% of all sales were donated to Hockey Fights Cancer.

The Hockey Fights Cancer game will see the team wear special lavender themed jerseys that will be auctioned off online. A bucket pass, silent auction, chuck-a-puck and a new ‘Ice On The Ice’ game during intermission will also be part of the game night festivities. Tickets are available at the MacVicar & McComb Remax Attack Box Office and online.