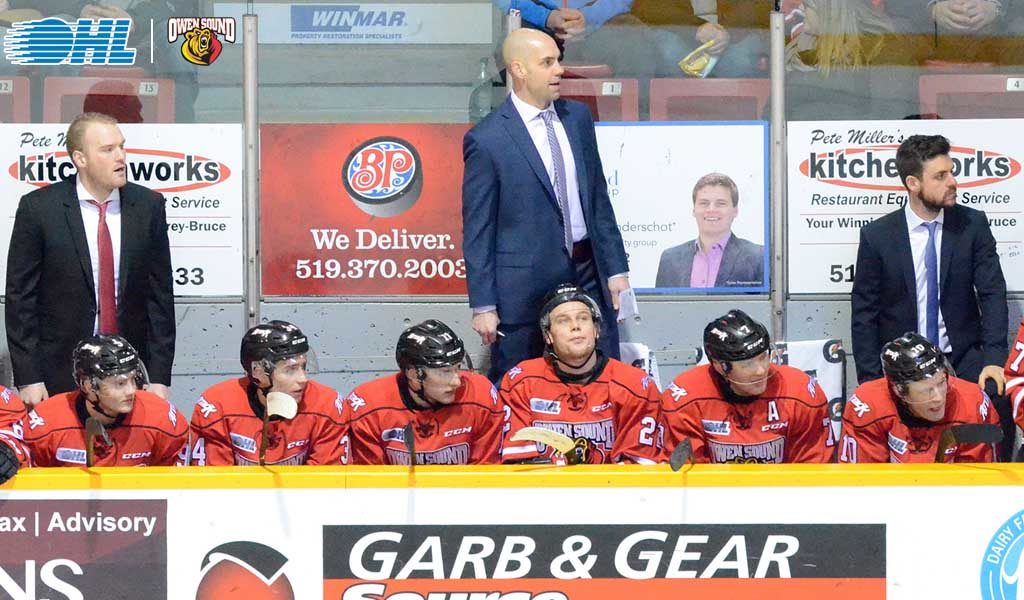 Owen Sound, ON – The Owen Sound Attack announced today that their coaching staff will return for the 2019-20 OHL Season.

Head Coach Alan Letang, Assistant Coach Jordan Hill, and Assistant Coach/Assistant General Manager Joey Hishon will be back behind the bench for another season in the Scenic City.

In January, Letang became Interim Head Coach after serving as assistant coach for two and a half seasons under Ryan McGill and Todd Gill. Attack General Manager Dale DeGray is happy with what he’s seen: “In my thirteen years with the Owen Sound Attack, I think this is the best group of coaches we’ve had from top to bottom.” He added “Alan, Jordan and Joey have been great to work with and even better with our team. We’re looking forward to a very successful season with this group.”

Letang is excited to shed the interim title and get back to work with his young core: “I’m excited for the challenge and to build what we started working on last year. We’re a young team, we’re learning how to work hard and compete night in and night out and I think we’re going to be really successful that way.”

Assistant Coach Hill has been an important part of the team’s coaching staff since 2017, bringing experience, skill and leadership to the Attack bench. Prior to his coaching career, Hill was the captain of the Norfolk Admirals of the ECHL and the Sarnia Sting of the OHL.

Club legend Joey Hishon will begin his first full season behind the bench with the Attack, having prior experience as a skills coach and scout for the organization. Hishon ranks fifth all time in career points for Owen Sound and returned to the city after a professional career with stops in the NHL and Europe. In a dual role as Assistant Coach/General Manager, Hishon will continue to work closely with Letang and DeGray.