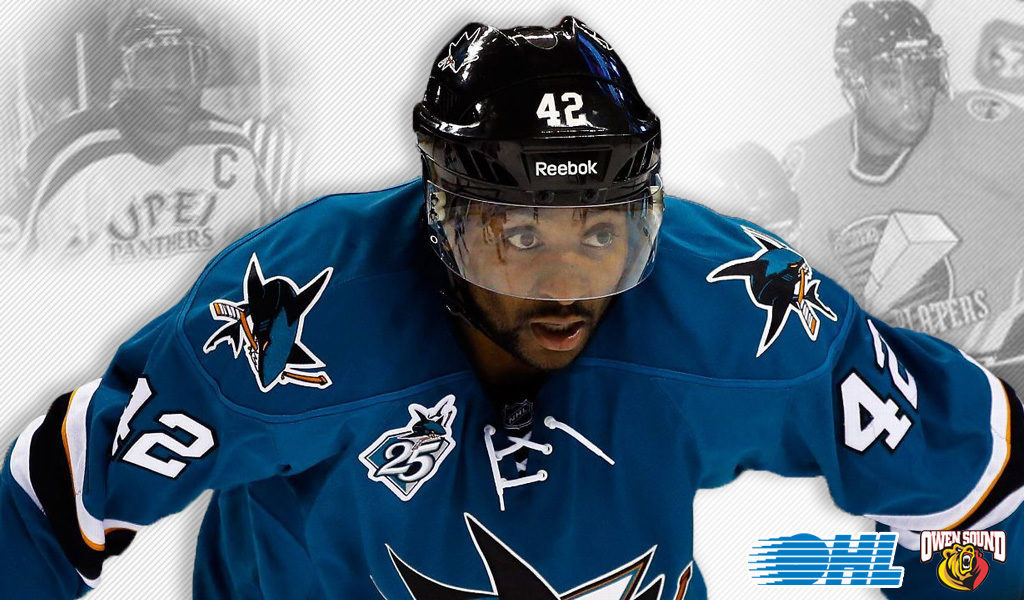 From Owen Sound, to Charlottetown, to San Jose and back – Joel Ward has done it all, conquering just about every level of hockey imaginable.

The 39-year-old announced that he’s calling it a career earlier this week, wrapping up a 726-game career over parts of 11 seasons that saw him accomplish great things as a player of colour in the NHL. His journey included stops with the AHL’s Houston Aeros before time with the Minnesota Wild, Nashville Predators, Washington Capitals and San Jose Sharks.

A veteran of 726 games between four clubs and a great career for Joel Ward (@JRandalWard42).

He was a 15th round OHL Draft pick and never heard his name called at the NHL Draft, but Ward put in the work and made it, recording 304 points (133-171–304) in his NHL career while scoring a few big goals along the way, most notably the Game 7 overtime winner to push the Washington Capitals past the defending Stanley Cup champion Boston Bruins in the first round of the 2012 playoffs.

A Toronto native, Ward got his start with the Owen Sound Platers, making the jump from the Don Mills Flyers Midget program to begin the 1997-98 season. He’d been the 260th overall pick of the 1997 OHL Priority Selection and went on to play three seasons with the Platers while also forming part of the inaugural Owen Sound Attack roster in 2001. His OHL career yielded 152 points (76-76–152) over 235 regular season games before he went on to star at the University of Prince Edward Island over four seasons from 2001-05.

“If, back then, you would have offered me just one single game in the league,” Ward penned in a Players Tribune piece announcing his retirement, “I would have taken it and run. And I know I would have given everything I had in those 60 minutes, even if I knew there weren’t any more after.

“So when people ask me how I ended up playing 726, that’s what I tell ’em. I played every game — every single game — like it was the only one I’d ever have. That’s how I made it to this point.”

He’d go on to extend thanks to his mother, who he credits for him having reached the National Hockey League following the passing of his father when he was 14. He also details attending the 1999 NHL Draft in Boston, sitting through all 272 picks without hearing his name called.

Ward is a prominent name on a list joining former NHL competitors Steve Rucchin, Jody Shelley, Mathieu Darche and Cory Cross who came out of the U SPORTS ranks to carve out lengthy careers at the game’s highest level.

For more on Ward’s career and a personal message upon his retirement, visit The Players Tribune.