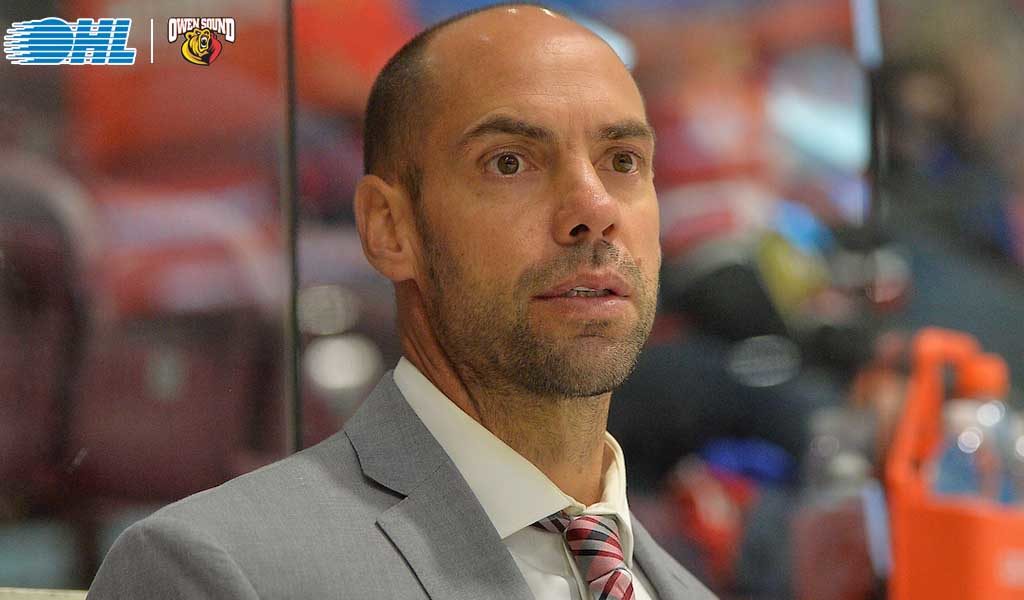 Owen Sound, ON – Dale DeGray, General Manager of the Owen Sound Attack, announced Monday morning that Head Coach Todd Gill has been relieved of his duties. Assistant coaches Alan Letang and Jordan Hill will handle coaching duties for the remainder of the season with Letang being named the Interim Head Coach and Hill taking over all Assistant Coach duties.

Gill led the team to a 61-42-5-7 record over one and a half seasons with the Attack, who currently hold the 5th seed in the Western Conference.

“Todd has been an important part of our staff and I want to thank him for all of the time and hard work that he has put into this club” said DeGray. “This was a hard decision to make, but the team is heading into a new direction and with that comes changes to our leadership.”

Letang, 43, hails from Renfrew, Ont. and has been behind the bench with Owen Sound in an assistant coaching capacity since the beginning of the 2016-17 season. The Sarnia Sting graduate played four OHL seasons between Cornwall, Newmarket and Sarnia from 1991-95 before embarking on a 20-year pro career that included 14 NHL contests and stops throughout Europe.

Hill, 30, is a native of Sarnia, Ont. who played for his hometown Sting from 2007-10 before finishing his three-year OHL career as a member of the Saginaw Spirit. He spent parts of eight pro seasons between the AHL and ECHL, last playing with the Toledo Walleye in 2016-17.

In addition, Attack graduate Joey Hishon will move onto the bench as an assistant coach. The former OHL champion with the Attack in 2011 served in a capacity as scout and skills coach with the club to start the season.

The Owen Sound Attack will be back in action on Wednesday, January 30th as they play host to the Kitchener Rangers at the Harry Lumley Bayshore Community Centre. Puck drop will be at 7 p.m.