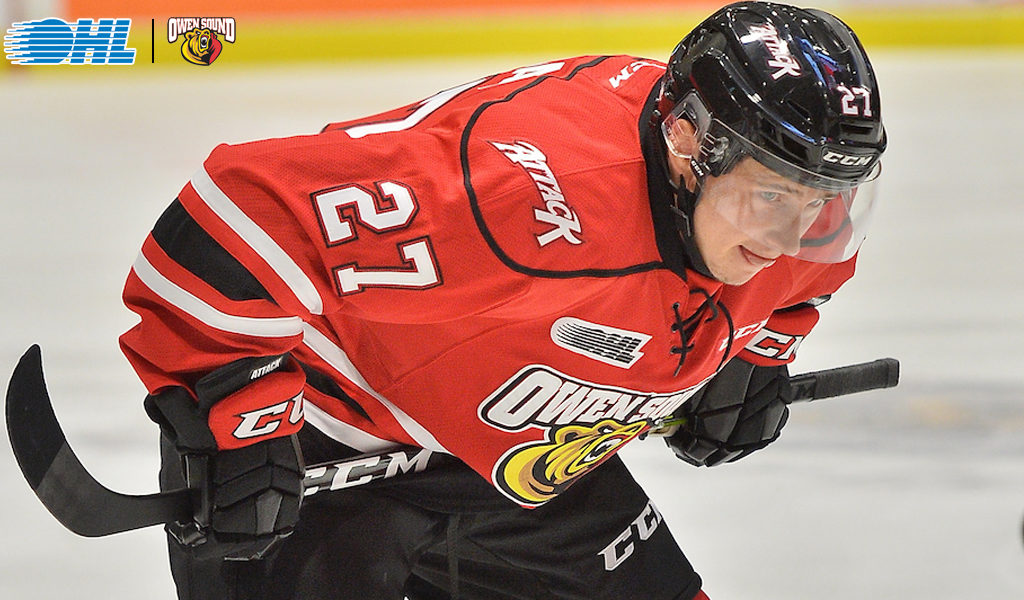 Aidan Dudas will wear the ‘C’ for the Bears this upcoming season, alongside four players who have been graced with an ‘A’.

Brady Lyle and Mark Woolley will be alternate captains for all Attack games, while Carter Robertson will don the badge for home games, and Matt Philip will take responsibility for road dates.

Head Coach Alan Letang says it was a tough decision, but one Dudas has earned: “The way he plays on the ice really reflects our team’s identity. He brings energy with his heart and soul every single night. He wants pucks and he competes every day. He’ll have to lean on the rest of the leadership group for support off the ice, but we’re very confident in this group.”

The new captain was excited but wanted to share his achievement with his teammates: “We could all wear the C. We’re all great leaders, and I’m happy to be chosen, but it could have been anyone in the room. I’m excited to get to work, we’re planning on a big year, a long year, and it all starts tomorrow.”