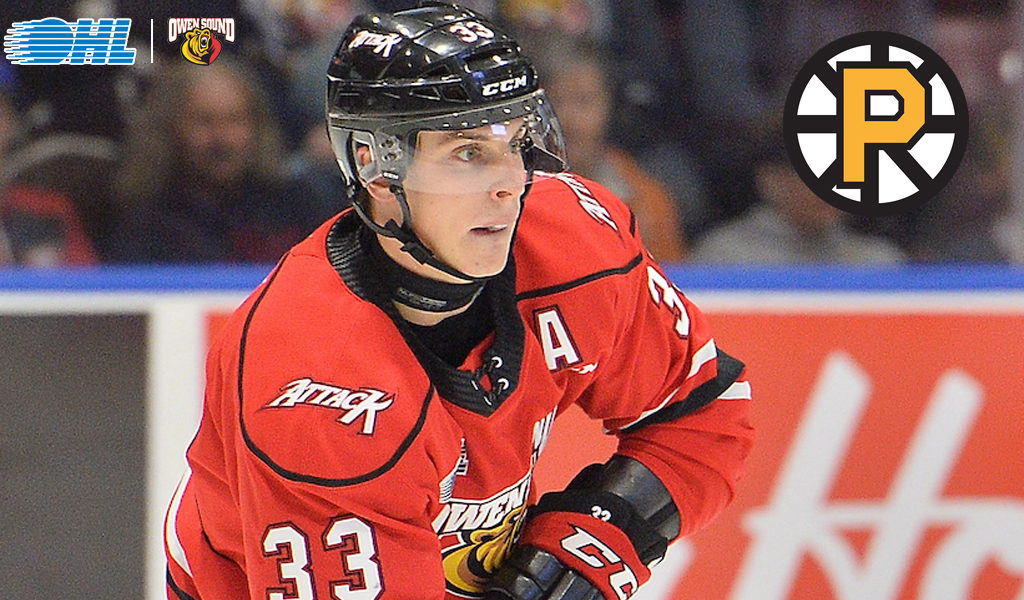 BOSTON – The Providence Bruins announced today, April 16, that the team has agreed to terms with defenseman Brady Lyle on a two-year AHL contract.

Lyle’s wrapped up his OHL career as the Attack franchise’s leader in career goals by a defenceman with 42.