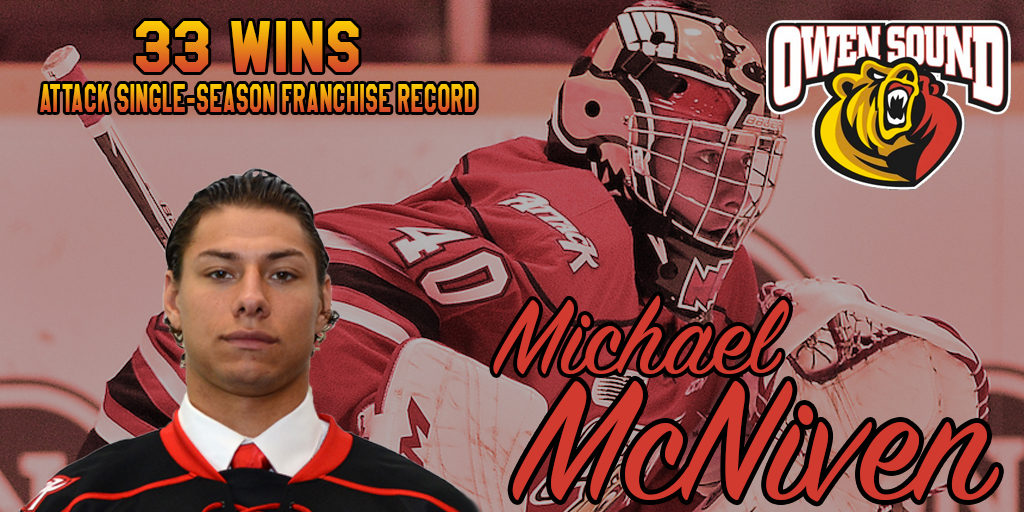 Montreal Canadiens prospect Michael McNiven continues to excel in what’s been a record-breaking season for the Owen Sound Attack netminder.

McNiven made 31 saves on Saturday as the Attack defeated the division rival London Knights 7-3 on home ice. His 33rd win of the season sets a new Attack single-season record, surpassing the mark of 32 set by Jordan Binnington during the 2012-13 season.

The native of Georgetown, Ont. recently became the Attack’s franchise leader in shutouts on February 15th against Flint, making 16 saves in a 4-0 win to record the 10th (regular season) shutout of his OHL career.

McNiven currently sits tied for the OHL lead with six shutouts on the season, one shy of Binnington’s single-season franchise mark of seven also set during the 2012-13 campaign.