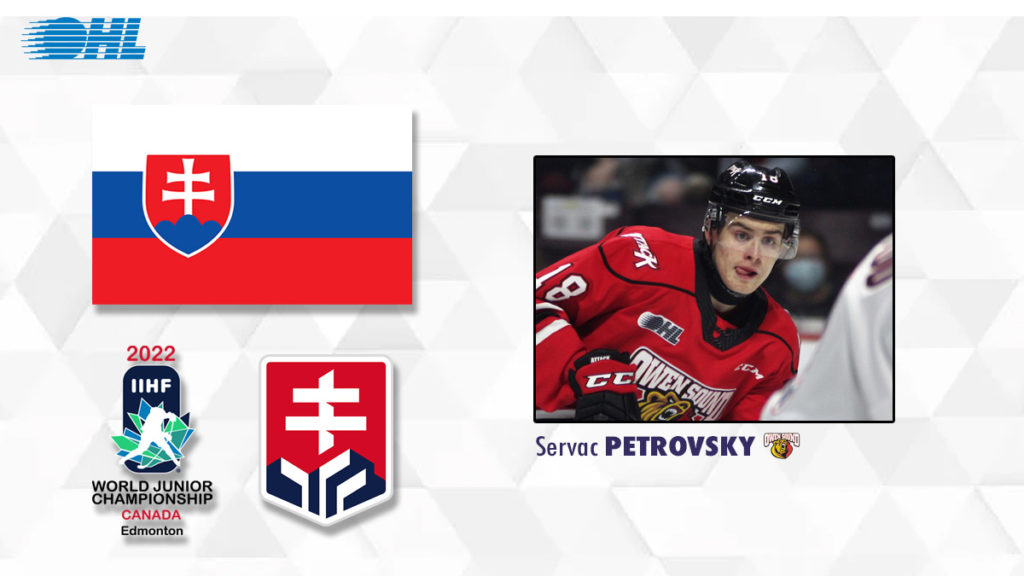 The Owen Sound Attack forward and Minnesota Wild prospect will play a big role for his country, coming off 28 goals, 26 assists and 54 points in 64 games as a rookie with the Attack in 2021-22. Petrovsky was chosen by Minnesota in the sixth round of the NHL Draft last month.

Slovakia takes on Czechia in their World Junior tournament opener on Tuesday at 2:00pm ET.

🇸🇰 Team Slovakia’s roster for the 2022 #WorldJuniors. Three more players will be cut in Edmonton just before the tournament. @HockeySlovakia