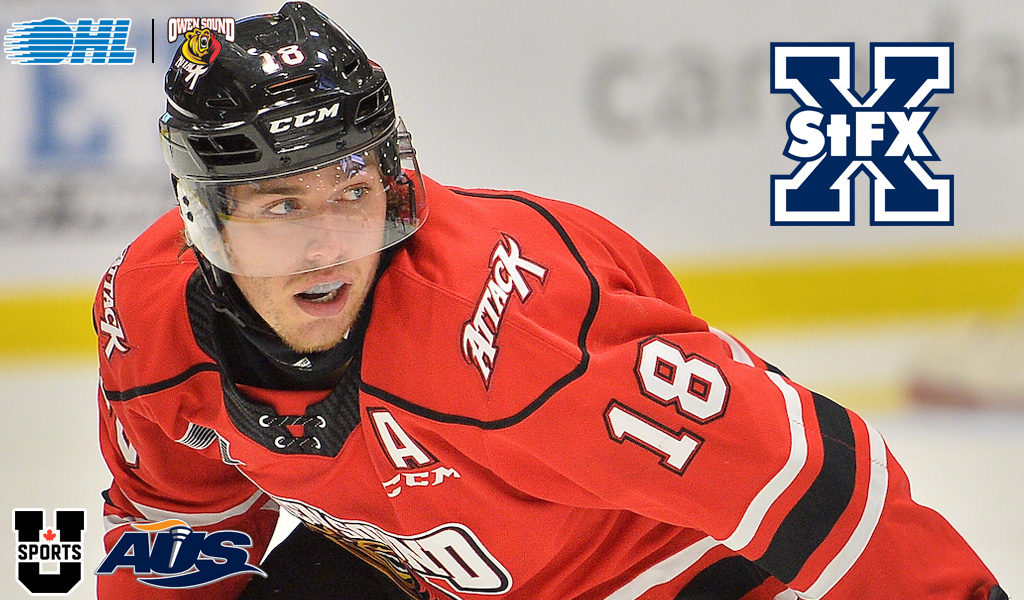 Owen Sound Attack overage winger Matthew Philip will be heading out east for the 2020-21 season to suit up for the St. Francis Xavier University X-Men.

The 5-foot-11 forward spent three seasons with the Niagara IceDogs before heading to Owen Sound for his overage year where he capped off his junior career with 19 goals and 29 points over 48 games. He suited up for a total of 227 OHL appearances between the IceDogs and the Attack and produced an even 59 goals and 59 assists for 118 points. The Ilderton, Ont. native was picked up in the ninth round of the 2015 OHL Priority Selection out of the Elgin-Middlesex Chiefs minor midget program.

Philip, 20, will bring his speed and two-way game to an X-Men squad that includes fellow Attack alumni Santino Centorame and Bryson Cianfrone. The team will strive for their first AUS championship since they claimed back-to-back titles in 2016 and 2017.

Congratulations to Matt Philip on his commitment to St. Francis Xavier!