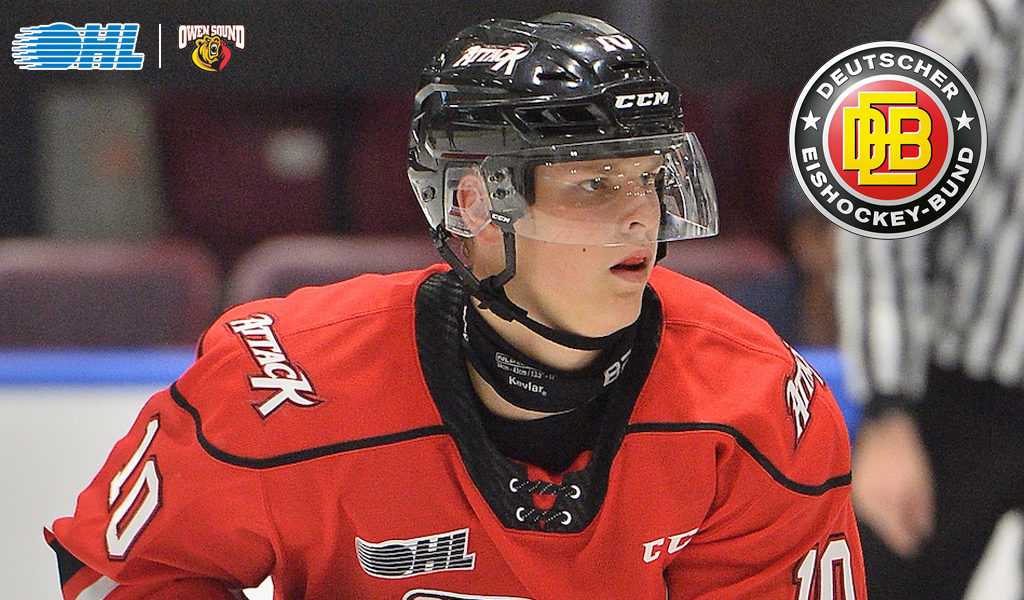 The German Hockey Federation rolled out its preliminary roster for the 2021 IIHF World Junior Hockey Championship on Wednesday, with Owen Sound Attack forward Josh Samanski on the 27-man roster.

Prior to his time in North America, Samanski played his youth hockey with the Jungadler Mannheim program. He’s returned to Germany during the COVID-19 pandemic on a temporary transfer to the DEL second division’s Ravensburg Towerstars where he has an assist in four games played.

The 2021 IIHF World Juniors get underway at Rogers Place in Edmonton, Alta. on December 25, with Germany taking on Finland.