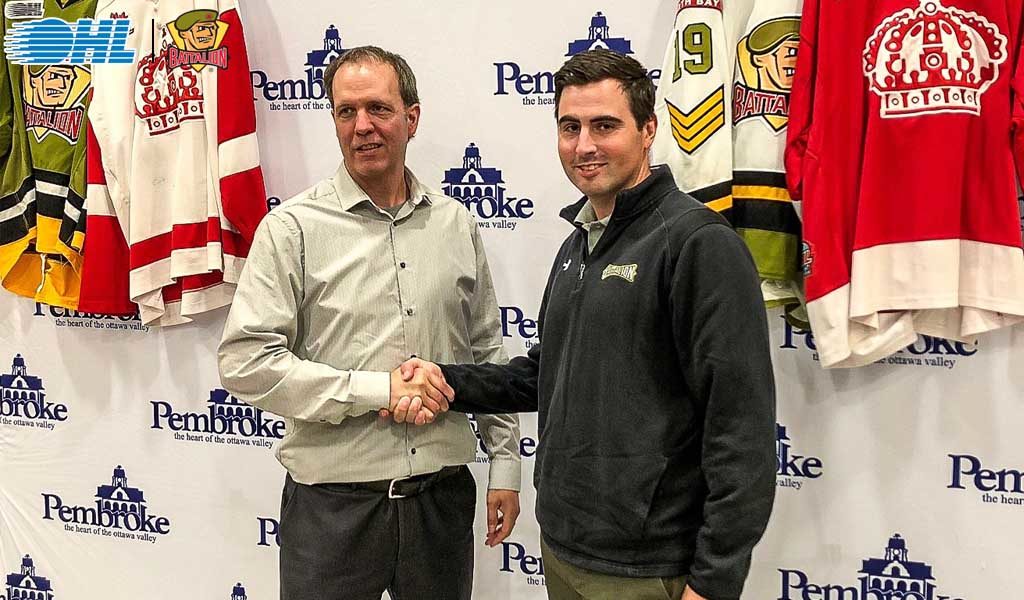 PEMBROKE, Ont. — The North Bay Battalion has reached a player affiliation agreement with the junior A Pembroke Lumber Kings of the Central Canada Hockey League, the clubs have announced.

Adam Dennis, an assistant general manager and coach with the Ontario Hockey League’s Battalion, made the announcement Monday at the Pembroke Memorial Centre with Alex Armstrong, owner of the Lumber Kings.

The Battalion was affiliated with the Powassan Voodoos of the Northern Ontario Junior Hockey League for the last five seasons since the junior A club was established as an expansion franchise.

The North Bay Battalion has reached a player affiliation agreement with the junior A @PLKingsCCHL of the Central Canada Hockey League (@TheCCHL).

“We tried to reach an agreement with Powassan but were unable to do so,” Stan Butler, Battalion director of hockey operations and head coach, said near Toronto. “We think we’ve got a suitable arrangement with Pembroke.”

Armstrong said the agreement offers “an opportunity to enhance the Lumber Kings lineup.”

“It will provide our team with access to some great junior hockey players who may not be ready to take a regular shift at the major junior level but could benefit from honing their skills in our league.”

Dennis said that the affiliation will permit the Battalion to monitor the development of players.

For more on the new partnership, visit battalionhockey.com.