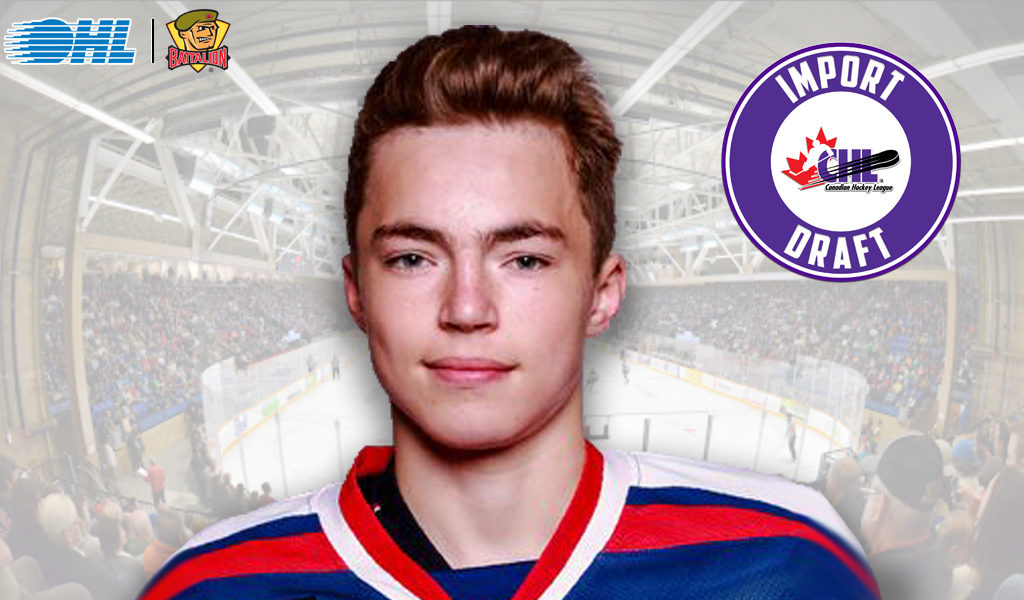 The North Bay Battalion selected Russian-born forward Matvei Petrov with the first overall pick of the 2020 CHL Import Draft. Battalion General Manager Adam Dennis submitted the pick online at CHL.ca to begin the proceedings at 11:00am.

Petrov follows Andrei Svechnikov as the first Russian player to be selected first overall in the CHL Import Draft since 2017. Svechnikov went on to win OHL Rookie of the Year honours with the Barrie Colts in 2017-18 before being selected second overall by the Carolina Hurricanes in the 2018 NHL Draft.

With the first overall pick in the 2020 #CHLImportDraft the North Bay Battalion select Matvei Petrov.

Welcome to The Bay, Matvei! #BattleTogetherpic.twitter.com/weJvIK0LT8

“Our group’s worked really hard on this one,” said Dennis. “We had a couple conversations with him prior to get comfortable and there was a familiarity with Matvey Guskov as well so we felt very comfortable with the selection and think he’s going to add a lot to our program.”

“He’s an extremely electryifing player, can shoot the puck, has high end skill, and he’s going to want to score goals,” added head coach Ryan Oulahen. “He’s the hockey addiction type of player that we want in our program right now.”

A warm welcoming to the #OHL 👏