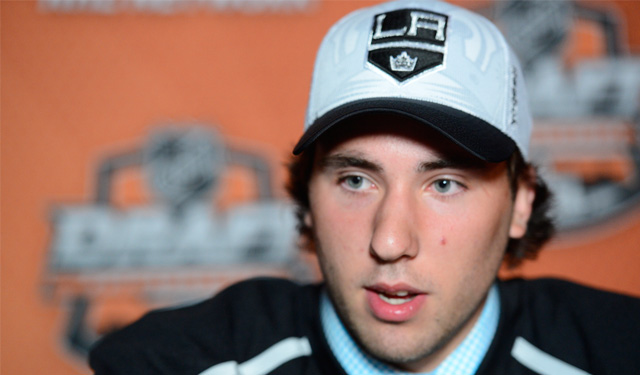 Amadio, 19, was a third round draft pick, 90th overall, at the 2014 NHL draft. Known for his responsible play, the two-way center broke out offensively with a North Bay team that ended the weekend with a record of 32-23-6-4. Amadio, who has 94 points in 65 games, ranks ninth in Ontario Hockey League scoring, while his 48 goals are the fourth most in the league. His previous high in goals scored entering this year was 24.

Amadio scored a franchise-record five goals in a 6-5 loss to Kingston on Saturday, February 13, and in a 9-2 loss to Niagara this past Saturday established a new single-season North Bay/Brampton franchise record when he scored his 48th goal.