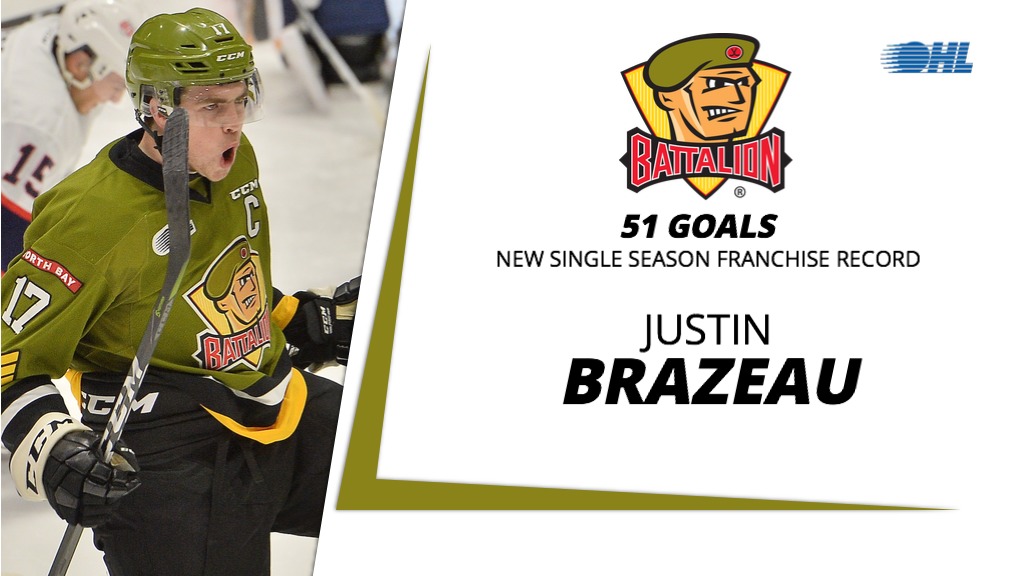 Originally a 13th round draft pick from New Liskeard, Ont., Justin Brazeau will go down as one of the most prolific scorers in North Bay Battalion franchise history.

The 6-foot-6, 226Ib overage winger became the OHL’s second 50-goal scorer of the 2018-19 season on Saturday in Windsor before netting his 51st on Sunday afternoon in London to set a new single season franchise record.

A 13th round selection in 2014, 15th captain in Battalion history, and now the franchise record holder for most goals in a single season with 51!

Currently in search of a pro contract, Brazeau attended camp with the San Jose Sharks in September.

With nine games remaining on the regular season schedule, Brazeau is on pace to record the first 100-point season in North Bay Battalion history and the franchise’s first since Wolski put up 128 points in 2005-06.