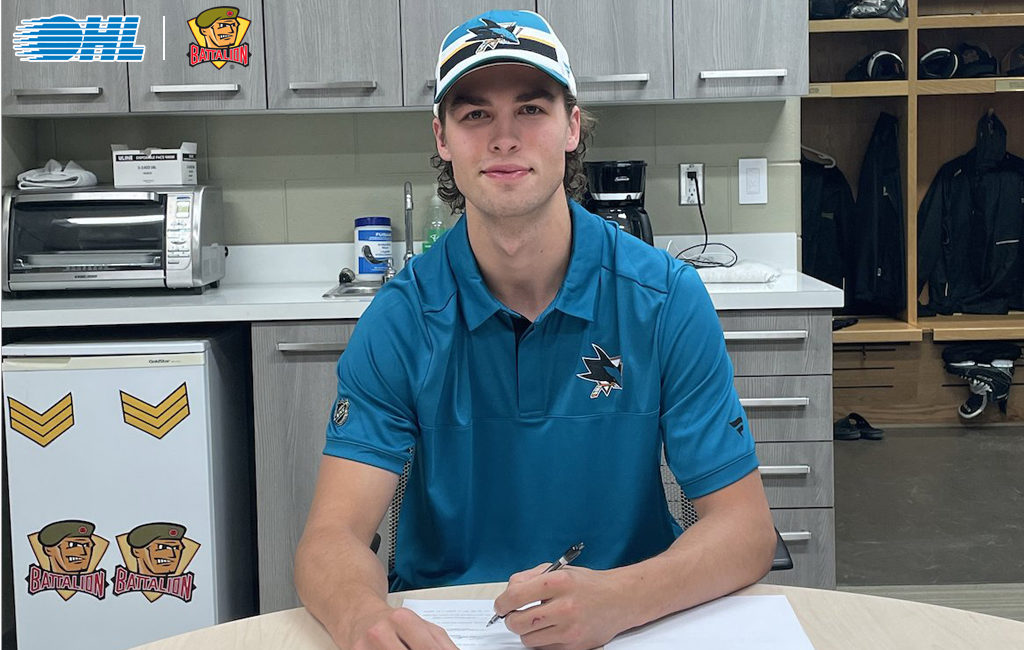 San Jose, CA – The San Jose Sharks (@SanJoseSharks) announced today that the club has signed forward Brandon Coe to a standard entry-level contract. Per club policy, terms of the deal were not disclosed.

“Brandon is a developing power forward with great skating ability,” said Sharks Director of Scouting Doug Wilson Jr. “Last year he gained valuable experience playing in the AHL and we’re proud of how he has taken his offense to the next level this season. He’s leading the OHL in scoring and is a key player on a first place North Bay team.”

Coe, 20, has registered 46 points (14 goals, 32 assists) in 24 games thus far with the North Bay Battalion in the Ontario Hockey League (OHL). He currently leads all major junior players in both assists and points and matched his career-high for assists in a season (32) on Dec. 4 despite playing in 36 less games. He also paces all club forwards in power play points (four goals, 13 assists) and plus-minus (plus-17). Coe was named the OHL Player of the Week on Nov. 22 and tallied a point in all 11 games during the month of November (five goals, 18 assists), including five-separate three-point contests. His active 13-game point streak is the third-longest in the OHL this year.

Last season, Coe appeared in 17 American Hockey League (AHL) games, recording five points (one goal, four assists). He tallied his first professional assist on Apr. 6 at Henderson and potted his first AHL career goal on Apr. 30. He finished tied for fifth in playoff scoring with two assists in four games. In 2019-20, Coe registered 57 points (25 goals, 32 assists) in 60 OHL games with North Bay, which led the team in assists and was second in both goals and points.