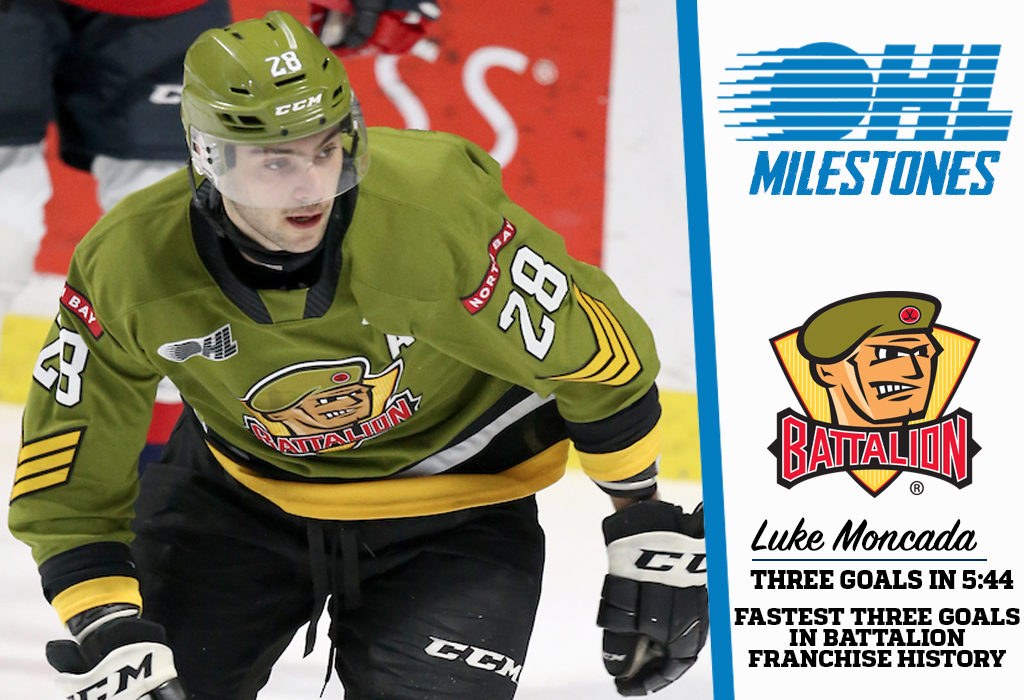 It wasn’t your standard run-of-the-mill hat-trick, but it came in a big spot for the North Bay Battalion.

Newly minted captain Luke Moncada scored three times in a span of 5:44 on Saturday in Niagara, boosting the Battalion to a 3-1 road win. Two of Moncada’s goals came on empty netters, but resulted in two points for the Troops as Moncada improved his offensive totals to 37 points including 24 goals and 13 assists in 42 games this season.

One of the more bizarre hat-tricks you’ll see, but hey, it counts 🤷‍♂️🧢🧢🧢

A 19-year-old native of Toronto, Ont., Moncada is in the midst of his fourth OHL season after originally being a third round (42nd overall) pick of the Guelph Storm in the 2016 OHL Priority Selection. The 6-foot-1, 208Ib. centre leads the League with six shorthanded goals this season and has put up 83 points (41-42–83) over 214 career regular season games.