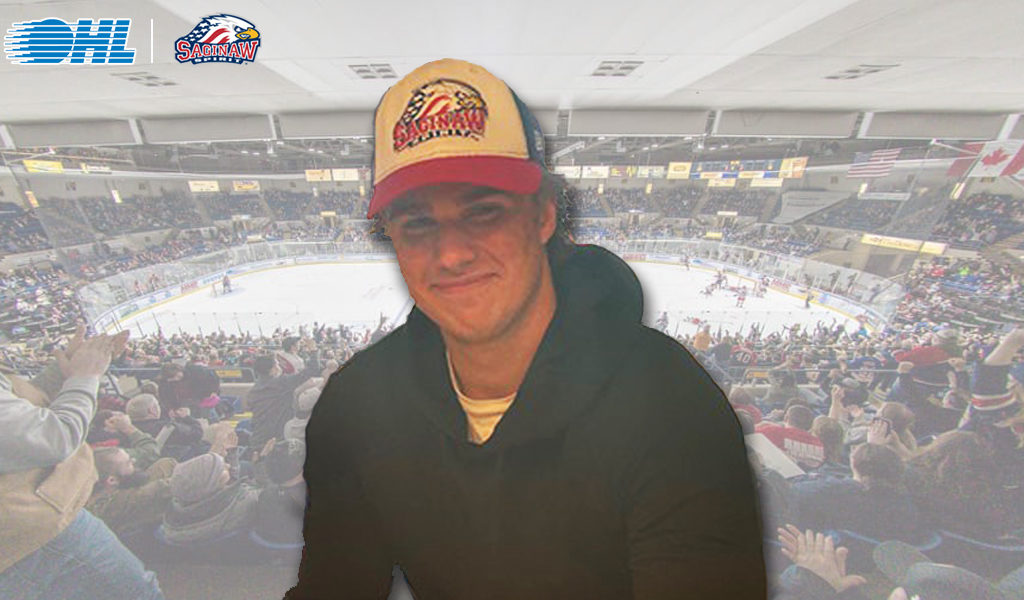 “When we made the Suzuki trade with Barrie last year it was a must for us that the rights to Ryan Beck were to be included in that deal,” said general manager Dave Drinkill. “Ryan was playing in the USHL for a great program in Dubuque and was committed to a great NCAA program in Denver, but we strongly felt that if we could get his rights and showcase our program here in Saginaw, that he would sign. It is a credit to Chris Lazary and his staff for helping develop the culture of development and winning with the Spirit. Ryan is a very skilled player with hockey IQ, that is a great skater and will fit perfectly into our system. He is extremely competitive and brings a strong work ethic to the rink each and every shift, and that is something we will be missing with some of our graduating players. We can’t wait to see Ryan wearing a Spirit Jersey this season in Saginaw”.

Beck’s rights were acquired by the Spirit along with Ryan Suzuki and Peter Fleming in a January trade with the Barrie Colts.

“As soon as I heard I had been traded to Saginaw, it peaked my interest,” said the newly signed forward. “The biggest factors for me was personal development and playing close to home. I have watched what Saginaw has been doing in player development, along with the system they play, and I believe this is the right fit to get my game to the highest level. Also, having my family there every night means a lot to me. I am looking forward to continuing my career with the Spirit, as well as become a part of the community in Saginaw.”

The Linden, Michigan native played his first full junior season during the 2019-20 campaign for the Dubuque Fighting Saints in the United States Hockey League. The Belle Tire Under-16 graduate scored five goals and added 23 assists in 41 games.

“We are very excited that Ryan has decided to further his development with the Saginaw Spirit,” said head coach Chris Lazary. “The Ontario Hockey League is the best development junior hockey league in the world and we believe players with Ryan’s skillset will thrive in our league. Ryan brings tremendous leadership, character, and has elite skills that fans will appreciate on a nightly basis. We are excited to welcome Ryan and his family to our great organization and we look forward to watching him develop into a professional while wearing a Spirit uniform.”

Internationally, Beck represented the United States at the 2019 Hlinka Gretzky Cup, where he scored a goal and an assist in four games. Beck has also taken park in USA Hockey Boys Select 16 & 17 Development Camps in his career.

This past season, Beck participated in the BioSteel All American game in Plymouth, Michigan. The event aims to showcase the best NHL Draft eligible players playing in the United States Hockey League.

For more information on the Saginaw Spirit, stay tuned to www.saginawspirit.com