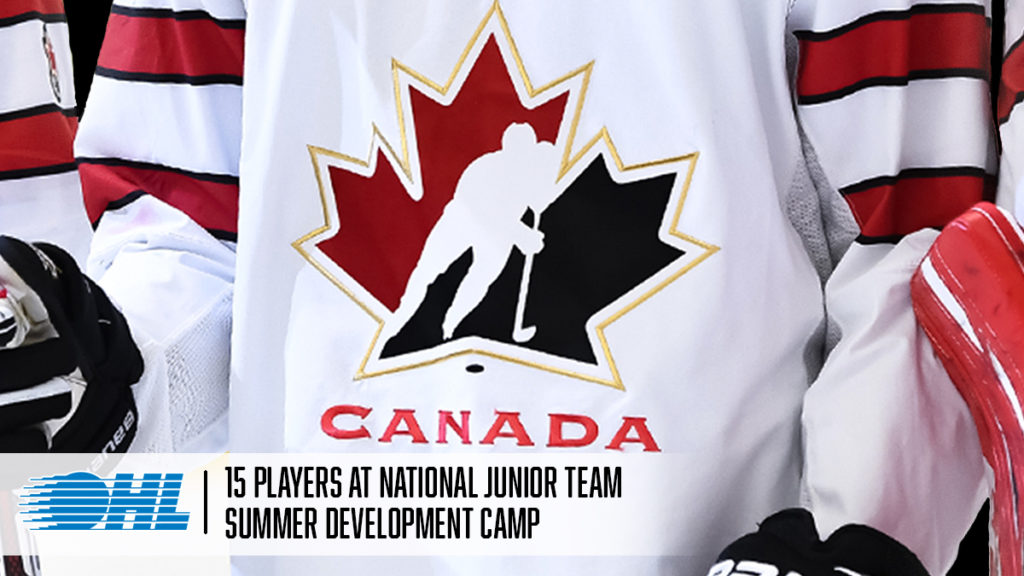 The 45-man roster will compete in a series of on and off-ice sessions under an experienced coaching staff headed by newly-appointed Ottawa 67’s head coach and former Team Canada bench boss Dave Cameron.

🎥 | @heureux_zachary and Dylan Guenther scored the goals, @DylanGarand and @BrettBrochu combined for 33 saves and ⚪️ edged 🔴 2-1 in the NJT intrasquad finale. pic.twitter.com/LXq2ZS74WH

Team White struck 1:06 into the first period and maintained the lead until Team Red evened things up late in the second period with assists from Cole Perfetti (Saginaw Spirit) and Mason McTavish (Peterborough Petes). Team White regained their lead midway through the final frame and held on to the final buzzer.

Brochu solved a perfect 18 shots through 30 minutes of play for Team White while Tristan Lennox (Saginaw Spirit) stopped seven of the eight shots he faced over 20 minutes of play between the pipes for Team Red.

Team White rebounded from a 4-2 loss Saturday night as intrasquad action wraps up with a win for each team. Both teams will face off against Canada’s U18 camp on Tuesday.

GAME OVER | @ColePerfetti91 scores the game-winner at 3:40 in the second, as 🔴 doubles up ⚪️ 4-2 for the opening win in intrasquad play at the National Junior Team Summer Showcase.

Mason McTavish (Peterborough Petes) recorded an assist on Team Red’s opening goal before Brandt Clarke (Barrie Colts) put Team White on the board with a secondary assist from Zayde Wisdom (Kingston Frontenacs). Perfetti scored capitalized on a power play late in the second period and Kerins struck in the final frame with a primary assist from Brennan Othmann (Flint Firebirds).

Tristan Lennox (Saginaw Spirit) solved 13 of the 14 shots he faced for Team Red through 20 minutes of play and Brett Brochu (London Knights) amassed four saves on six shots in net for Team White over 24 minutes.

Both teams return to intrasquad play Sunday at 4:00pm ET.