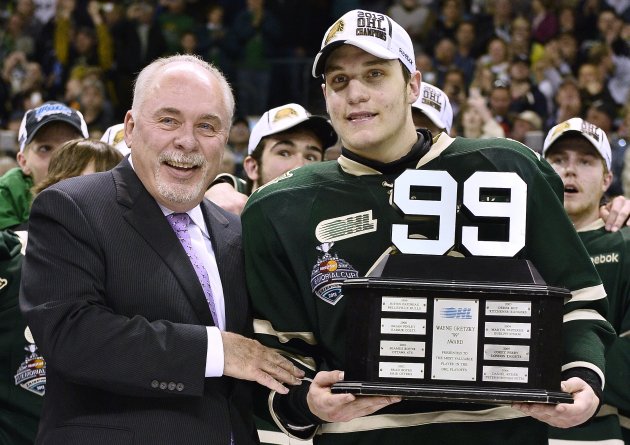 Bo Horvat of the London Knights was named Most Valuable Player of the 2013 OHL Playoffs and is the recipient of the Wayne Gretzky 99 Award.

Horvat scored two goals in the 3-2 Game 7 victory over the Barrie Colts including the game-winner with less than a second to play in regulation to earn the Knights their third Robertson Cup title in franchise history.

He becomes the third member of the Knights to claim the award following Corey Perry in 2005, and Austin Watson in 2012.