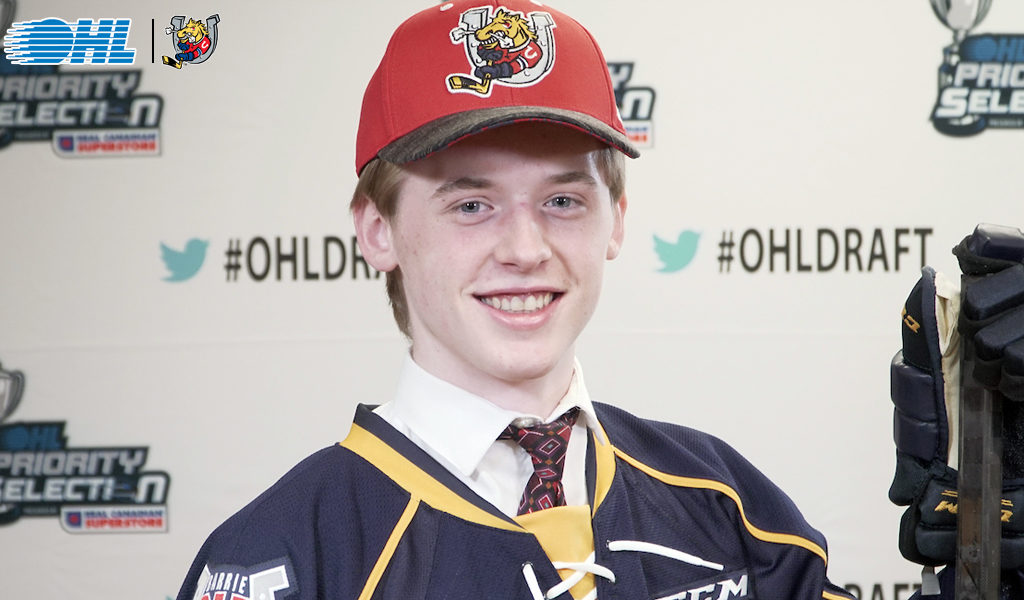 The 2019 GTHL and OHL Cup champion with the Don Mills Flyers posted 113 points (35-78–113) in the regular season. He proceeded to set a new OHL Cup record for points by a defenceman, recording 11 (2-9–11) over seven games with a plus/minus rating of plus-13. The 6-foot-1 native of Ottawa, Ont. recently recorded eight points (3-5–8) in four games at the 2019 OHL Gold Cup, becoming just the second rearguard to ever lead the event in scoring following Evan Bouchard (London Knights) in 2015.

“As a staff, we had Brandt Clarke rated as the best defensive prospect in the draft.  He sees the ice extremely well and combines excellent skill with size,” said Ford.

The first defenceman chosen in the 2019 OHL Priority Selection, Clarke will attend Grade 11 classes at Innisdale Secondary School in the fall.

BRANDT CLARKE AT THE #OHLDRAFT: