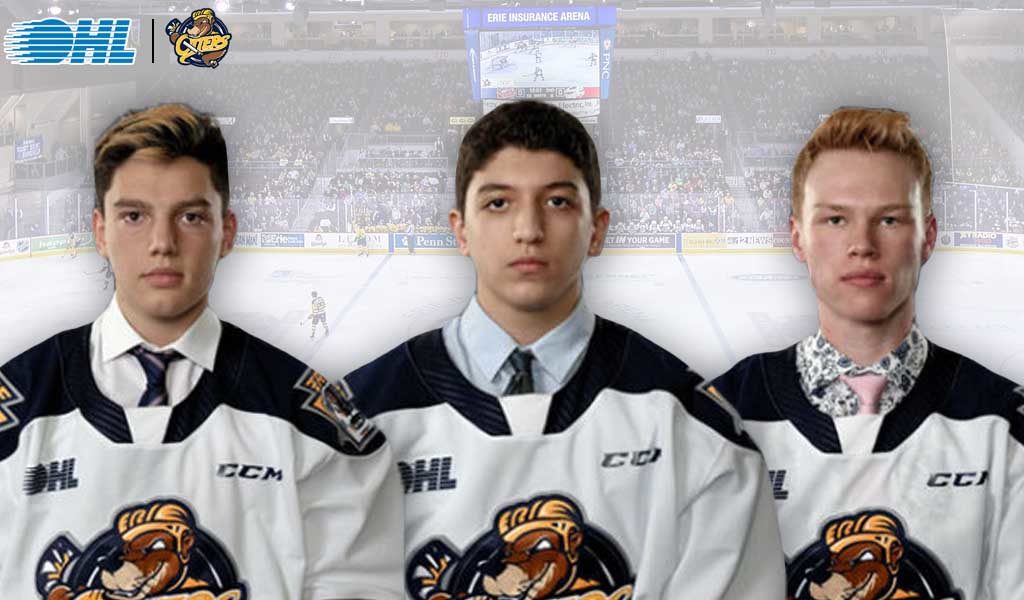 “It’s an exciting day for us to welcome three more families to our organization,” announced General Manager Dave Brown. “We’re elated to have the Bressettes, Kyrous, and Mortons join the Erie Otters family and look forward to watching Brett, Christian and Cameron develop into everyday OHL players.”

Brett Bressette, a 5’8”, 155-pound forward, was selected by Erie 65th overall in the fourth round of the 2019 OHL Priority Selection. The Midland, Ontario native posted ten points (6G-4A) in ten games with the North Central Predators last season before suffering season ending injuries. The 16-year-old returned to his squad’s lineup in time for the OHL Cup this past March where he notched a goal and two assists in five games after missing over five months of time with injury. Bressette will wear number 89 with the Erie Otters.

“We’re thrilled with Brett’s continued progress and determination since returning from his injury,” GM Dave Brown said. “He has shown great improvement and we look forward to his continued growth and development.”

Christian Kyrou was selected by the Otters 84th overall in the fifth round of the 2019 OHL Priority Selection. The 5’9”, 165-pound defenseman suited up in 32 games for the Elgin-Middlesex Chiefs in 2018-19 where he posted 22 points (5G-17A) and finished fourth on his team in scoring. The 15-year-old is the younger brother of Sarnia Sting alum Jordan Kyrou, who was a second-round pick of the NHL’s St. Louis Blues in 2016. Kyrou, a Komoka, Ontario native, will wear number 15 with the Erie Otters.

“Christian has continued to impress the staff with his hockey intelligence and skill level,” Dave Brown commented. “We’re excited to have him joining the organization and to watch his continued development.”

Cameron Morton, a 6’1”, 192-pound defenseman, was selected by the Otters 124th overall in the seventh round of the 2018 OHL Priority Selection. The Kingston, Ontario native spent the 2018-19 season with Greater Kingston Jr. Frontenacs where he posted 24 points (5G-19A) in 30 games played. The 17-year-old blueliner captained his team to an OMHA championship and was named Top Defenseman at the Ontario Hockey Federation Midget AAA Championships. Morton will wear number 53 with the Erie Otters.

“Cameron has made a conscious effort to do whatever was needed over the last 15 months to earn this opportunity,” Dave Brown mentioned. “Last season he was an intricate component of a championship team and we are thrilled to add his leadership, determination, and relentless passion to achieve goals to our room.”