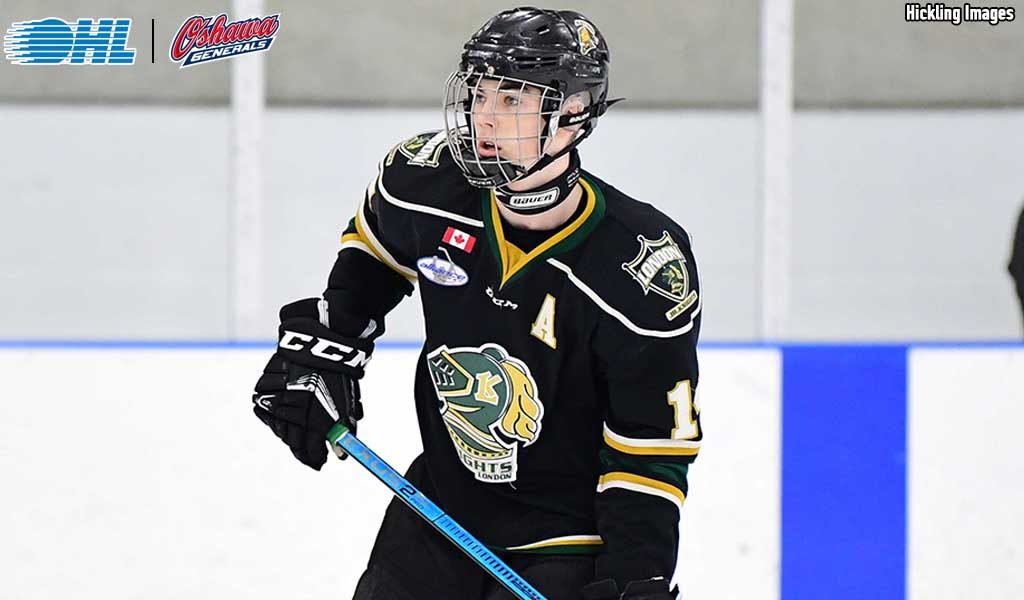 Oshawa, ON – The Oshawa Generals announced today that forward Brett Harrison has committed to an Ontario Hockey League standard player agreement with the Hockey Club.

The London, ON native was the first round, 16th overall selection by the Gens in the 2019 OHL Priority Selection. He was a member of the London Jr. Knights during the 2018-19 season where he tallied 42 goals and 21 assists for 63 points in 33 games played.

The 6-foot-1, 160-pound, left shot centre, participated in the OHL Cup in March where he was a point per game player notching two goals and an assist in three games with the Jr. Knights. At the OHL Gold Cup last weekend, Harrison suited up for Team Alliance at the tournament. Appearing in four games, he recorded two goals and three assists, sitting second on his team in scoring and tying for fifth in tournament scoring on the way to Team Alliance claiming the Bronze medal.

“This is always an exciting time—it’s the unofficial start to next season, signing players for the upcoming year,” said Vice President and General Manager Roger Hunt on the commitment from Harrison. “It’s no secret how excited we are to have Brett committed to be a General. He’s a dynamic play-making guy who can score. Everything we saw at orientation camp and OHL Gold Cup only reassured us what we saw all season long with Brett.”

Harrison will join the Generals for training camp at the end of August before the 2019-20 season gets underway in September. He will wear #44 with the team.