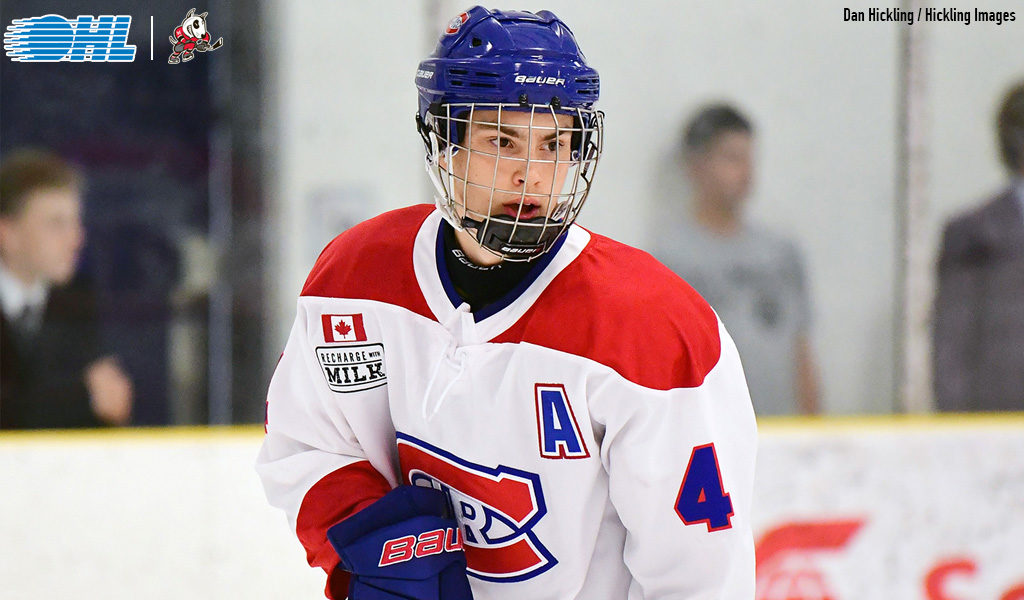 In 31 games played, the Orangeville, Ont. born 16-year old scored 24 goals, collected 27 assists (51 points). Skating is one of his strongest assets, as well as his ability to maintain speed while changing directions. He can make plays and score, utilizing a deceptive shot and offensive instincts.

He helped the Toronto Jr. Canadiens win a GTHL Championship.  They would have been the number one seed entering the 2020 OHL Cup.

General Manager Burke announced the signing today, saying “I am thrilled to be adding Brice, officially, to the Niagara IceDogs!

“This is a great fit for us on many different levels. Brice has a goal scoring ability that is rare for his age, and was one of the premier goal scorers in the draft. He combines size, smarts, and speed. He really is the total package. Add that to the fact he has great chemistry with Pano Fimis already, as line mates last year, this is a signing that will pay off for years to come. I can’t wait to get going and couldn’t be more excited to make this signing official with Brice!”

“I’m really excited to commit to such an unbelievable organization,” said Cooke. “I can’t want to get started in Niagara”.