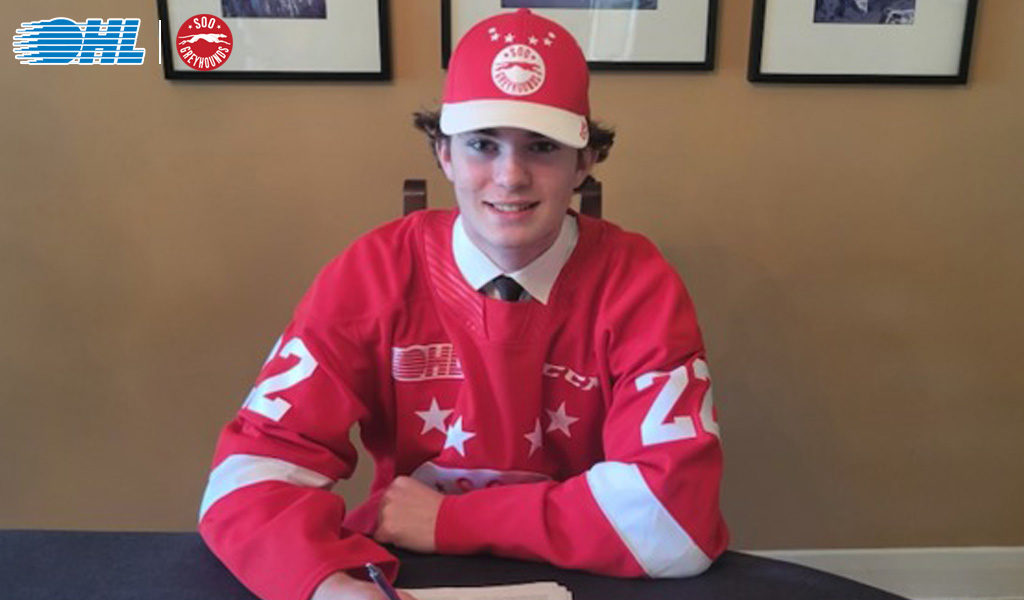 Today, 2022 3rd Round Selection Brodie McConnell-Barker agreed to a standard player agreement and education package with the Program.

“We are thrilled that Brodie has committed to the Hounds.  Since transitioning to the blue line, Brodie has made tremendous strides in his game. He’s an agile defender with great vision from the backend. He’s also a threat when transitioning and exiting the zone,” started Raftis.

“Brodie’s a high-calibre player and we’re excited to support him as he continues to elevate his game to become a pillar in our back end,” he concluded.

McConnell-Barker, a native of London ON, played last season (2021-22) for London Jr. Knights U16 AAA club where he recorded 8 goals and 28 assists in 33 games played.

“Waiting to be selected by an OHL team is an exciting yet stressful experience. When my name was announced by the Soo Greyhounds, my basement which was filled with family erupted in cheers. One of my first celebratory phone calls was from my brother Bryce.  To play on the same team as my brother has made this experience pretty special,” stated Brodie.

He added, “I am honoured to play for the Greyhounds and hope to make this organization proud that they selected me.  Special thanks to my family for always supporting my dreams. To all the coaches who helped to develop me into the player l am today, thank you.  I am excited for my next hockey journey.”

Making a successful transition to the blue line, Brodie McConnell-Barker of the London Jr. Knights stands out as one of the premier puck-moving defencemen in the draft class 🎥 pic.twitter.com/Nkw6vEi7fg