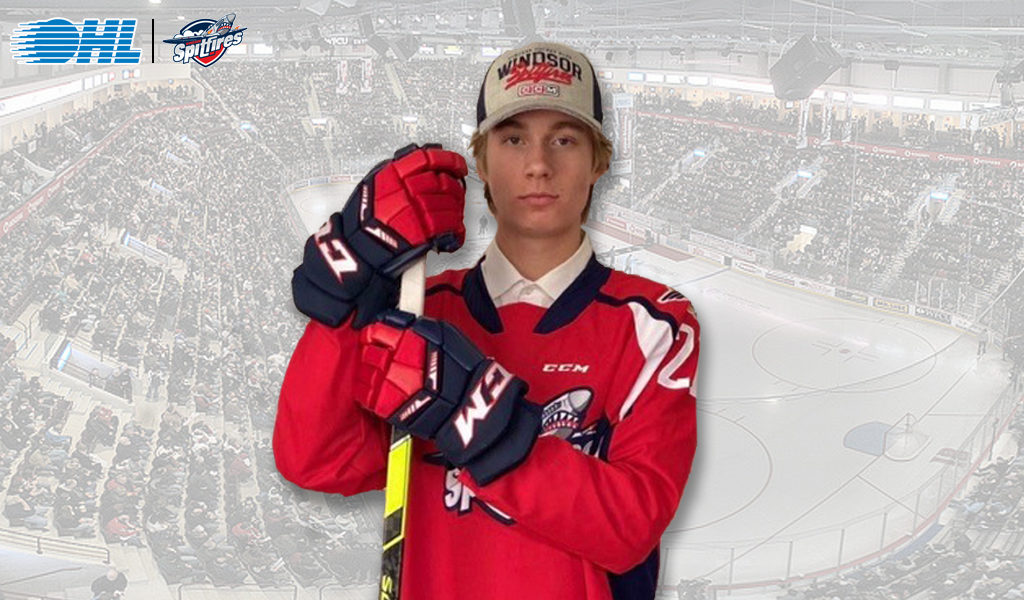 WINDSOR, ON – The Windsor Spitfires announced Tuesday that 2021 second round selection Bronson Ride has signed an Ontario Hockey League standard player agreement with the Hockey Club and is set to suit up for the Red, White and Navy in the 2021-22 season.

Ride is a 6-foot-6 and 200lbs defenceman from Oakville, Ontario.

With the 20th overall selection in the 2021 Ontario Hockey League Draft, the Windsor Spitfires claimed the rights to a big and skilled defenceman in the 2005-born draft class.

The Oakville Ranger  had a standout 2019-20 season. Ride collected 31 points in twenty-eight games and also showcased in six games in the Toronto Pro Hockey Brick Invitational where he collected two assists.

“It feels awesome, and I can’t wait to meet the team, the fans and the community. I look forward to contributing to the team and making a difference,” Ride said.

“We are happy to have Bronson join the Windsor Spitfires organization,” said GM Bill Bowler. “Bronson is an all-around defenceman with a tremendous upside and we can’t wait to see him in a Spitfires sweater.”